By definition, the goal of weight loss surgery or bariatric surgery is to help you lose weight. The mechanism by which you lose weight is complicated and is still being researched.

It is not just the smaller stomach after bariatrics and eating less. One of the main reasons you lose weight from bariatric surgery is by the changes in hormone production, like Leptin and Ghrelin hormones.

Although losing weight may differ depending on the type of surgery, each surgery has the potential to promote rapid weight loss and help to maintain it in the future.

Hormones That Cause Hunger and Satiety 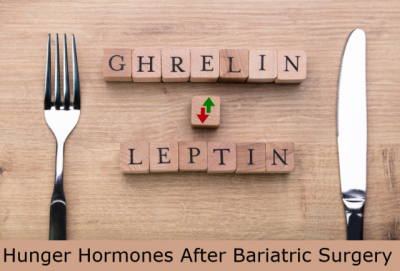 The feeling of hunger is not just something that occurs magically. It is caused by the creation of hormones – Leptin and Ghrelin. Appetite-stimulating hormones like Ghrelin produced in the stomach cells send a signal to your brain that you’re hungry. This, in turn, gives you a hungry feeling and makes you desire food.

Gastrointestinal peptides also directly inﬂuence and regulate appetite. Moreover, when your body creates leptin, it tells you that you’re full.

Shrinking the stomach reduces the desire to eat due to lowered Ghrelin levels. The smaller stomach gets full faster and tells the brain to stop eating.

Ghrelin or hunger hormones are mainly secreted in the stomach and small intestines. That is why bariatric operations, like gastric sleeve, have been proven to decrease plasma ghrelin generation significantly due to the removal of a big part of the stomach.

Gastric bypass has mixed results, but studies have shown at least some degree of ghrelin reduction after the surgery. Lap-Band, or Gastric banding, does not alter the stomach and, therefore, does not seem to offer the same benefits.

Leptin, produced in fat cells, is responsible for feeling full (satiety). So in some ways, you would want an increase in Leptin levels to feel full and reduce hunger. But studies have shown something interesting; in an overweight person, the brain erroneously thinks that you are starving even though fat is stored in your body.

Those with obesity already have higher than normal leptin levels, however, it appears that they may become resistant to the high levels of leptin hormone.

After most forms of bariatric surgery, like gastric sleeve and gastric bypass, leptin levels decrease. But the body becomes more sensitive to leptin, which may correlate to feeling full easier. 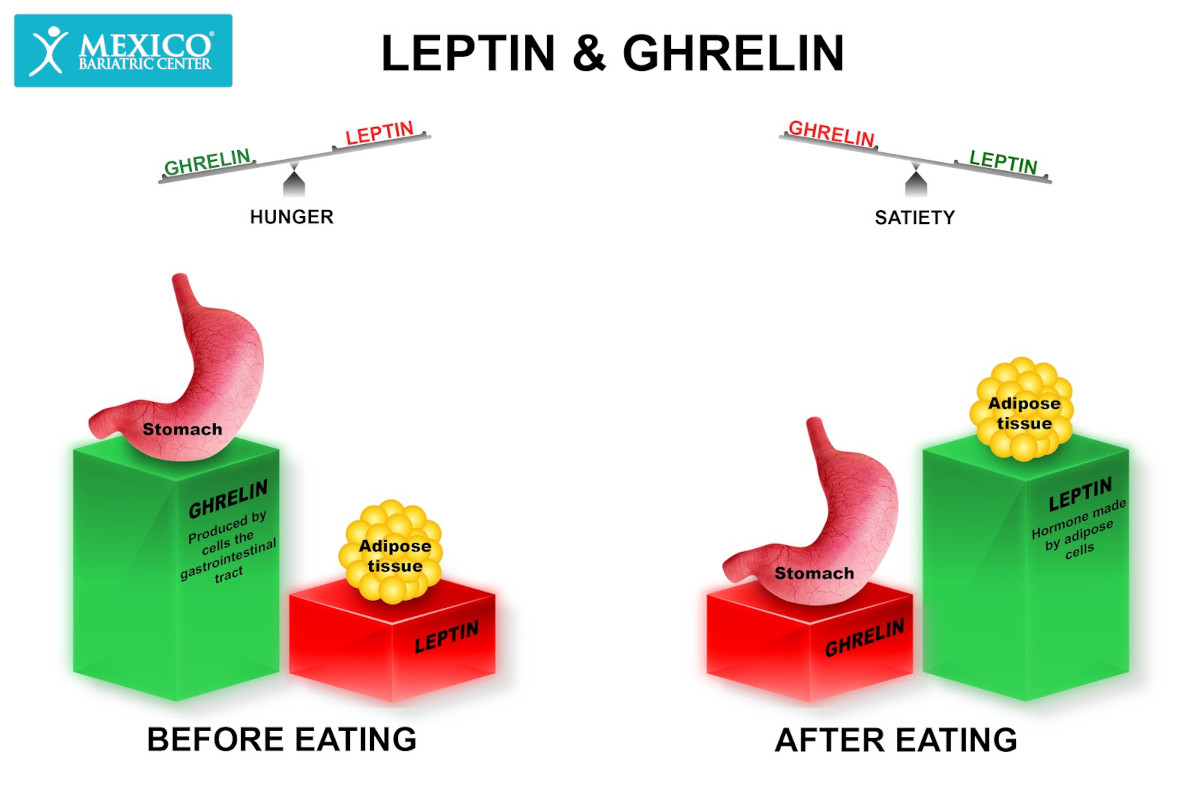 What Happens to the Hunger After Bariatric Surgery?

All bariatric surgeries have at least one of the two weight-loss components – restriction and/or malabsorption. A secondary benefit of weight loss surgery is that it can impact the desire and addiction you may have for food.

Those that struggle with obesity often have trouble controlling their hunger. This not only causes them to eat more food – but it also makes life a lot more manageable. Bariatric surgery, then, not only increases the amount of food that you eat but also how much and how often you desire it. These hunger hormones have a chain reaction and impact how your body feels when you’re not eating.

Types of Bariatric Procedures and Their Impact on Ghrelin

If hunger has been one of the primary challenges you’ve had losing weight or one of your least favorite struggles with obesity, several forms of bariatric surgery can also reduce how much hunger you experience and how severe it that hunger feels.

There are two different ways that bariatric surgery reduces weight. Depending on the procedure, weight loss surgery can promote weight reduction by:

Each bariatric surgery uses at least one of the two strategies. Weight-loss surgery procedures use either restriction, malabsorption, or both. Some bariatric procedures, like gastric sleeve surgery, gastric banding (Lap-Band), and gastric balloon are strictly restriction-based.

The ghrelin plasma levels are dramatically decreased right after the Sleeve Gastrectomy (SG) operation up to 6 months following the surgery in morbidly obese patients. Ghrelin plasma levels actually are increased after the Adjustable Gastric Banding (AGB) similar to diet-induced weight loss. This is closely related to the remarkable weight loss after SG in contrast to AGB.

Most of the time, the reason you eat is that you feel hungry. Hunger is your body’s way of telling you it wants or needs food. Individuals with obesity issues tend to feel hungry more than those that are not obese. This drives them to excessive eating. It also affects their quality of life because hunger is an unpleasant sensation and the desire to eat is both uncomfortable and stressful for those with obesity. 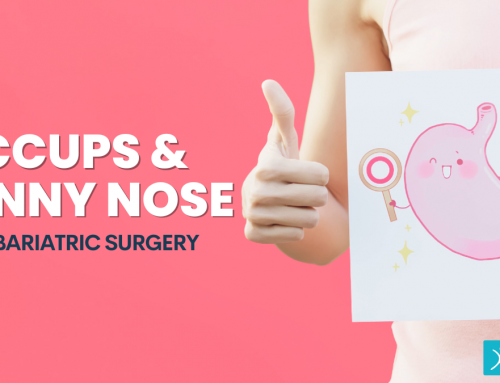 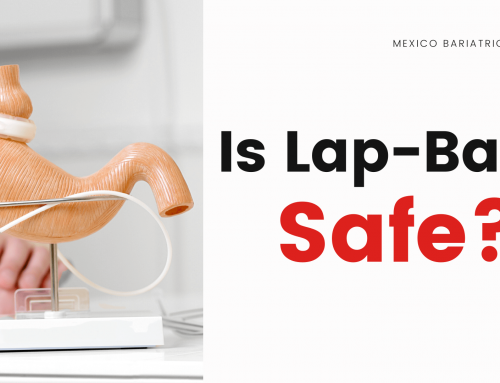