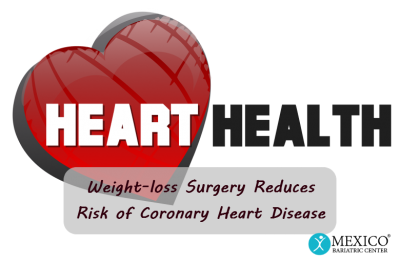 Frequently, people who are morbidly obese suffer from hypertension, diabetes, high blood pressure, and many other severe medical conditions that can lead to stroke, heart attack, and death when left untreated. The primary goal of bariatric surgery is to reduce excess weight, yet, these surgical procedures can also lessen the risk of other co-morbidities or co-occurring disorders.

Research studies have shown that weight loss surgery dramatically cuts the risk of heart disease, stroke, and death. Doctors typically recommend a hearty diet and exercise for individuals to lose weight. However, a more direct and efficient form of weight loss, such as bariatric surgery, such as gastric sleeve and bypass, may improve patients’ overall health.

We will cover how weight loss surgery relieves stress on obese patients who are living with the constant anxiety that they may suffer heart failure or stroke because of their low physical activity, sluggish metabolism, and the extra strain on their heart caused by carrying extra weight.

How Does Obesity Affect the Cardiovascular System?

Obesity is one of the most significant contributors to cardiovascular system problems. It’s important to understand that obesity is determined by body mass index (BMI), which considers two parameters – height and weight.

Excess fat contributes to high cholesterol, high blood pressure, and diabetes type II. It can also lead to fatty build-up in your blood vessels that can cause them to get damaged and clogged. These factors all add up to circulatory disease.

The Department of Health and Human Resources discovered a direct link between BMI and mortality (death) among adults who had never smoked.[1] Mortality directly correlated to cardiovascular disease (primarily stroke and heart disease) was the #1 cause of death.[2]

The major cardiovascular issues related to obesity include:

The Link Between Bariatric Surgery and Heart Condition 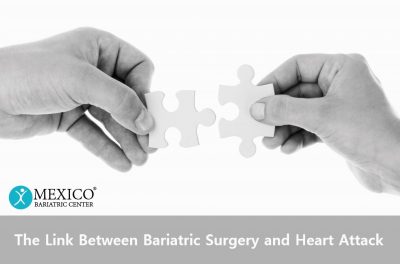 The most popular obesity-treating weight loss surgeries include;

The correlation between bariatric surgery and a reduction in heart attack risk has to do with how obesity, hypertension, diabetes, and hyperlipidemia can significantly increase the likelihood of coronary artery disease. Therefore, one of the most important things to reduce this risk is to garner weight loss.

Jump to Effects of Bariatric Surgery on CVD Risk Factors, Myocardial … – Bariatric surgery induces prompt weight loss within a few months which lasts for at least 12–18 months, with mean weight loss of ~35% (~70% loss of excess weight), lowering the risk of all-cause mortality, myocardial infarction, and stroke.

When Does Bariatric Surgery Become an Option for Treating Circulatory Disease?

Metabolic and bariatric surgery is fast becoming one of the best options for weight loss since it allows super obese patients to shed rapidly and efficiently as much as 50% of their excess body weight in the first year alone. The rapid weight loss achieved by most bariatric surgery procedures, like gastric sleeve, does play a role in the reduction of heart attack risk.

Another important consideration to make is that to qualify for weight loss surgery, patients need to make a commitment to proper diet and exercise, and so the patients who underwent the surgery are almost guaranteed to have committed more deeply to losing weight and getting healthy than those who did not undergo the surgery.

Researchers are still working to determine just how much of a risk reduction can be expected. However, high-sensitivity C-Reactive Protein (hs-CRP), a predictor of cardiovascular risk, is reduced considerably in patients who undergo gastric stapling operations.

Recent studies have focused on seriously obese patients at high risk for heart disease and how bariatric surgery has significantly reduced this threat. Research worldwide discovered a significant improvement in cardiovascular-related death rates in obese patients after weight loss operations like vertical sleeve gastrectomy, gastric banding, and even RNY gastric bypass. Here we are noting three of these studies:

1. Effects of Bariatric Surgery on Cardiovascular Disease – Journal of the American Medical Association (2019)

In 2019, a study by the Journal of the American Medical Association followed 4,000 obese Swedish people who had undergone bariatric surgery. Between 1987 and 2001, the study found a decreased number of cardiovascular deaths and a lower incidence of cardiovascular events in obese adults.

This study isn’t alarming as there have been numerous reports highlighting the various health and psychological benefits of extreme weight loss. Currently, type 2 diabetes, high cholesterol, hypertension, and other diseases, are said to be substantially minimized after bariatric surgery.

When the researchers took into account the initial health differences between people who did and did not get surgery, they found that after the surgery, patients were about 30 percent less likely to have a first-time heart attack or stroke than non-surgery patients, and half as likely to die from one.

2. Bariatric Surgery and its Impact on Cardiovascular Disease and Mortality – International Journal of Cardiology (2014)

The International Journal of Cardiology looked at the outcomes for people at high risk of heart attack, including both those who had undergone bariatric surgery and those who had not. What the research showed was that the operation had potentially life-saving benefits, capable of lowering the risk of heart attack and stroke in obese patients by as much as 50 percent. This is according to Dr. Yoon Loke, the study’s senior author from Norwich Medical School at the University of East Anglia in England.

They had breakthrough results and found a nearly 40% reduction in death rates among patients who had surgery compared to those that didn’t.

Researchers began by looking at 14 different previous studies that involved a sum of more than 29,000 different patients having had weight loss surgery. The mean age of patients in these studies was 48, and 30% of the patients were men.

These participants were followed for between two and 14 years. Of the patients who had experienced bariatric surgery, such as the gastric sleeve procedure, there was a 40 percent reduction in death rates as compared to patients who had not had the procedure. This is according to the study findings that were published in the International Journal of Cardiology on March 28.

A group of Swedish researchers of the New England Journal of Medicine recently followed 4,047 men and women who had abnormally high body mass for 15 years on average. Of these individuals, roughly half of all participants decided to have bariatric surgery at the beginning of this study. Of the approximately 50 percent of people who opted to have surgical intervention, research showed that they were 33 percent less likely to experience a heart attack or a stroke as compared to the other half of participants who did not undergo the procedure. These individuals were also around 53 percent less likely to experience death resulting from a heart attack or stroke.

Researchers noticed that the heart attack risk reduction was similar among patients who lost substantial amounts of weight and those who only lost small amounts, even though both types of patients underwent similar weight reduction surgery. According to Lars Sjöström, M.D., Ph.D., a professor of internal medicine, the benefit was the same regardless of how much weight was lost among all the patients who underwent bariatric procedures at successful medical centers.

The benefit of bariatric surgery is a topic that researchers are still working to understand fully. Because the success rates can vary from patient to patient depending on their commitment to lifestyle changes, the reduction in risk of death or serious illness can also vary rather significantly as well. The authors of the study mentioned above have acknowledged that deeper research and a larger study is going to be required to understand the scope of bariatric surgery benefits and how these types of surgical procedures can reduce the risk of heart attack, stroke, and other dangerous and deadly conditions.

Heart disease is the leading cause of death in the entire world. As it increases the risk of heart attack and stroke, heart disease makes up over 23% of all deaths globally. This means that 1 out of every 4 people die due to major cardiovascular problems, typically related to being overweight or obese.[4]

Researchers are working to understand better the correlation between bariatric surgery and heart attack risk reduction so that patients who are at serious risk of heart attack can begin to take steps to reduce that chance.

Although bariatric surgery is known to help reduce heart problems in the long run, it does impose short-term stress on the heart immediately following the operation. According to Harvard Health Publications, heart attacks and cardiac problems create about one in five post-operative deaths. This is a reflection of damages caused by being obese for years and its the effect on heart and blood vessels.