Benefits of a 30 BMI for Bariatric Patients 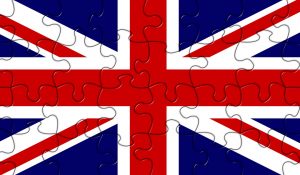 Bariatric surgery has many clear benefits for patients, but it isn’t always easy to get the treatment needed. In the UK, it is necessary to have a BMI of at least 35 kg/m2, but there is change proposed to this number. The new studies show that there may be an earlier point at which onset of Type II Diabetes can occur. This would mean that the weight loss procedure would be necessary earlier than initially indicated bringing the required BMI of a patient to 30 kg/m2.

The BMI levels might be different based on the ethnicity of the patient as well. Studies show that some ethnicities, such as Asian, have a lower rate of BMI at which the onset of obesity-related illness sets in. The current updated draft of the obesity guidance shows that the UK National Institute for Health and Care Excellence (NICE) is considering these changes. This change would translate into half a million people that are not currently able to obtain bariatric surgery, fitting the criteria and being qualified for the procedure. These services are paid for by the National Health Service (NHS) with an average cost of between £6000 and £15,000 per patient. If all of the newly eligible individuals have the surgery, the amount to be paid by the National Health Service would be between £6 billion and £15 billion.

The University of Sheffield, United Kingdom’s Simon Heller, MD, from the academic unit of diabetes, endocrinology, and metabolism stated that the change would raise significant issues relating to the cost and morality of providing these surgical procedures for a situation that is a social disease. He believes that every country needs to think about the choice as a society and that the guidance from NICE has influence that runs far beyond the UK. He also believes that the change could affect others beyond just the patients and the surgeons such as the pharmaceutical industry. They will suffer a significant loss if the surgery is adopted widely because there would be a great deal of obesity and diabetes-related medications that would not be necessary after successful operations.

Dr. Heller also expressed that there would be a need for far more support if the surgery is more widely accepted and performed. He reminded that the patients currently need to have a BMI of 35 or greater to be considered for bariatric surgery. Patients are required to have attempted and failed another form of weight loss plan under supervision before being considered for surgery. Historically, many patients have been inadvertently encouraged to gain a bit of weight to fit the criteria of being considered for bariatric surgery.

Under the new guidance, the patients would only be required to have a BMI of 30 and to have tried and failed a guided weight loss effort before being considered for the surgery. This means far more patients would be recommended for the operation. This would be an expense for sure; however, it would be less expensive than the current situation of waiting for patients to develop diabetic related conditions and other co-morbidities. Dr. Heller believes that the NHS will pay for in the end regardless because they will need to treat patients who have not had the surgery that has developed such problems as blindness for their diabetes or a myocardial infarction or kidney related illness due to the obesity level.

Many other countries have similar requirements for accepting patients into the bariatric surgery programs. In most of the guidelines and insurance needs in the United States, bariatric surgery is accessible to patients with a BMI that is 35 kg/m2 or more. It is likely that if changes are made in the UK regarding the acceptable obesity rates and who is eligible for the bariatric surgical procedures, it will spread to other countries. This could ultimately change the way that patients are looked at for the surgery and give them more options for care before co-morbidities of some types set in.

At Mexico Bariatric Center, our minimal threshold for being qualified of bariatric surgery is typically 30. A BMI over 30 with comorbidities increases your chances of being a candidate for bariatric surgery. Remember, MBC doesn’t approve your health questionnaire, our surgeons hand reviews each application. Contact our patient care coordinators today to learn more.