Dealing with Negative Self Image

With how much focus on vanity and a certain body image, no wonder many have a hard time maintaining a positive self-image. There are many out there who experience poor self-image even after weight loss. It’s almost as though the poor self-image is as much a disease as obesity in how it can affect one’s life and well-being.

When it comes to body image & self-esteem, the two both play off of each other which can make or break one’s confidence. Imagine three women on treadmills at the gym all doing cardio. 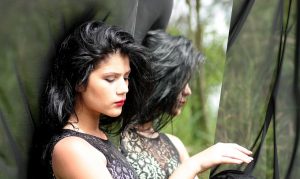 The first woman looks over to the second and sees she has an adorable outfit on and thinks to herself “Wow…I wish I could wear something like that, but I am too fat to wear it as she does“. The second woman looks at woman number 3 and sees that she has a very cute hairstyle In the back of her head thoughts pop up such as, “Man oh man, her hair looks so great!“.

And so she catches woman number 3’s attention and compliments her, and strikes up a conversation about how much she loves her hair. The two talks during the entire session and wind up becoming good friends all while the first woman watches and feels jealous that they get along so well and feels like she isn’t cool enough to join in.

Did you notice something there? Both the first and second woman saw something that they admired about another, but they both chose very much different responses.

Why is this important? Because these two different thought processes take just as much energy but come from very much various places regarding self-image & self-esteem.

It’s all in your head, and you can control it. But to turn from a negative to a positive self-image, you need first to understand more what self-image is and then change your thoughts you let in.

What is the Definition of Self Image?

Self-image is quite simply the way you think about yourself and your abilities or appearance.

Notice the four important words in that definition? It all stems from the way you feel about yourself. Not what others are thinking of you, not what others are saying. It is all in your head that you are so trapped and having such anxiety. A poor self-image is a form of anxiety which is a feeling of worry, nervousness, or unease, typically about an imminent event or something with an uncertain outcome.

How to Change Your Thoughts

Now that you understand that self-image is, in fact, all controlled from within your mind, how do you go about changing them? Let’s look at the story of the three women on the treadmills again and see just what happened. The first woman looked at the second and felt jealous of how her body looked, and then jealous that she and the other got along so well. 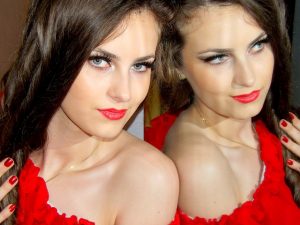 But what was going on in her head? Probably thoughts such as “People here probably think she looks so much prettier than me,” “Guys would probably like me more if I looked like her.” And then when she talks to the other woman thoughts such as “If I go to talk they might just think I’m a loser,” “She is so confident, must be because she’s pretty.”

These thoughts are examples of anxiety in that she is worried about what people think of her or what they will think. In her head she lets these thoughts fester and build up to where she feels locked up and depressed.

So what did the second woman think that made her different? The second woman did not even take a second to think about herself or her image. Sure she may want to work on some things, and that is why she is at the gym just the same as everyone.

But because she was able to complement the woman and give power more to how much she liked the hair and less on her image such as her hair, she wound up having a fun experience and making a new friend. Sure she may wish her hair could look that nice, but then maybe she realizes she has a great hairstyle that fits her personality and that not everybody looks good with the same style.

This is a topic that can be touched in much more depth, but since this post can only be so long, here are some helpful tips.

If you want some great tools to be able to feel better and learn to think differently, sometimes it takes the wise words of somebody who pours years of experience into a good book. By simply doing a Google search on the top related books in overcoming anxiety or poor body image you can begin to learn tools that will help you overcome fear. Only buying one or even five books on these issues can turn you from a nervous wreck into a social superstar who has learned to feel good about yourself.

If you really can’t seem to do it on your own through books or other means, it can be useful to talk to a professional who can help get to the root of the issue and find options. But again, the majority of the work that can change your thoughts comes from within and a good healthy diet which can help boost your mindset.

That’s right, what you eat can make you feel more or less depression. Depression can often lead to anxiety, so by eating the best that you can to feel positive can work wonders for battling anxiety and poor self-image. These foods can include:

Learn more about these sort of foods by clicking here

Whenever you have down thoughts, it can be good to have some great self-image quotes to think to yourself, again and again, any time that you feel down.

Here are some quotes to get you started:

“A strong, positive self-image is the best possible preparation for success.” – Joyce Brothers

“Distortions control my self-image, like they do for a lot of us. It’s irrational.” – Ron Perlman

“Seeing, feeling, thinking, believing – these are the stages of how we change our style on the outside and our self-image on the inside.” – Stacy London

Hopefully, this post has helped you to discover some helpful tools to help you better control your anxiety and self-image.