If you’ve been following Rebel Wilson on social media, you probably noticed her jaw-dropping weight loss transformation. The Pitch Perfect star has announced that 2020 is her “Year of Health” and trimmed down a staggering 65 lbs (30 kgs). 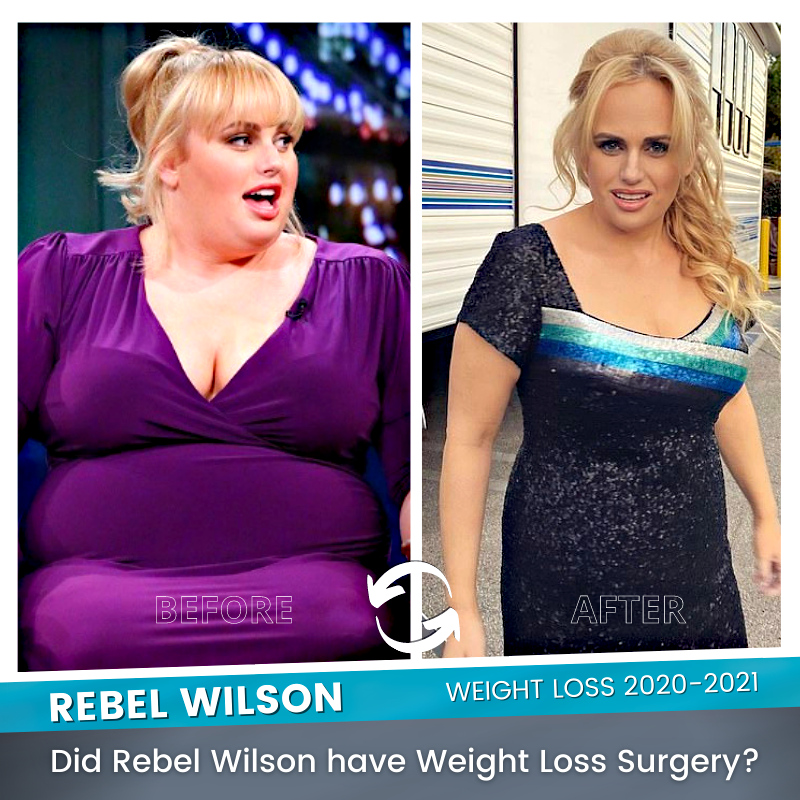 Rebel Wilson was among the celebrities who made the best out of the COVID pandemic quarantine and focused on their health. Like Adele, Rebel shocked her fans with a serious weight loss success. Celebrity weight loss is always an inspiration for us as we follow them closely as role models.

So what is Wilson’s big weight loss secret? Was it a result of traditional methods like diet, exercise, and fitness? Or was it a more aggressive approach, like weight loss surgery? 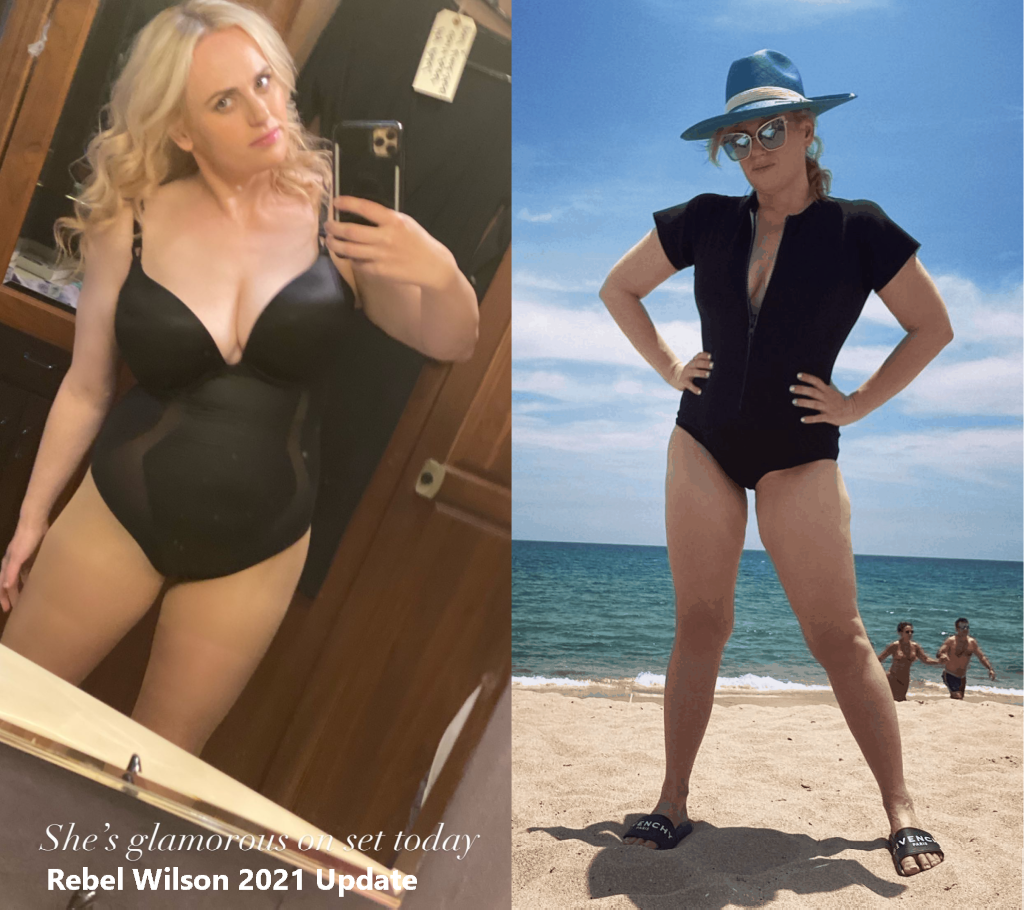 June 2021 – Rebel continued losing extra pounds in 2021 and has gained very little. In June 2021, she showed major cleavage in a new swimsuit photo and lingerie selfie. She said she wished she got skinny sooner. 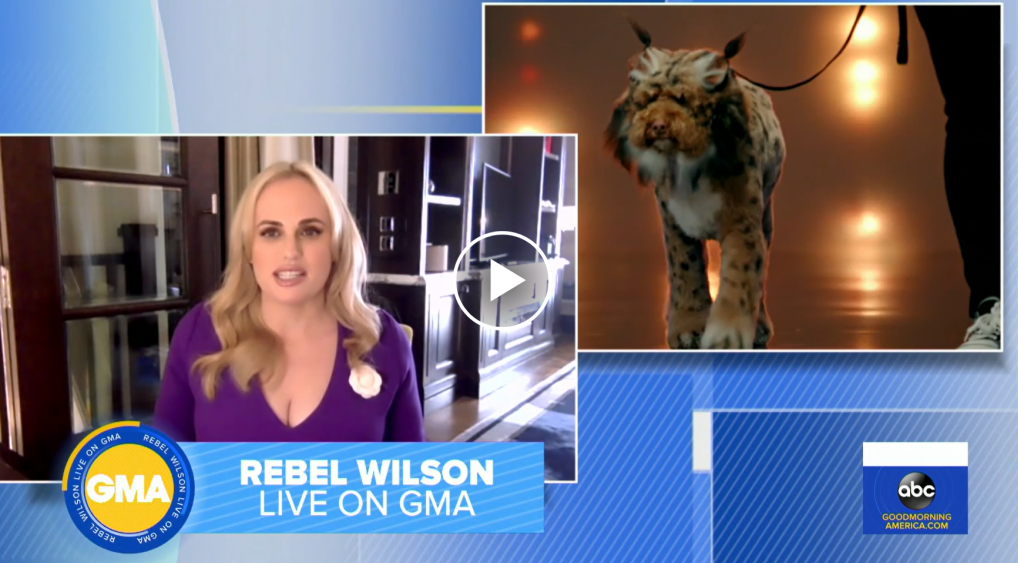 March 2021 – She appeared on Good Morning America (GMA) in March of 2021 to discuss her unbelievable 30kg weight loss and share the challenges ahead. She talked about her new dog show “Pooch Perfect.” She mentioned that she is so proud of herself for losing the weight.

Feb 2021 – Rebel continued losing extra pounds until Feb 2021, when she gained a little for the first time after her health journey. Incidentally, she separated ways from her boyfriend Jacob Busch earlier that month.

Rebel Wilson is an Australian actress, comedian, writer, and producer, best known for her “Pitch Perfect” movie role. Wilson’s extravagant performance in the 2019 song-and-dance movie Cats is also worth mentioning. While she’s known for her comedic skills, Wilson is now turning heads with her incredible new look. 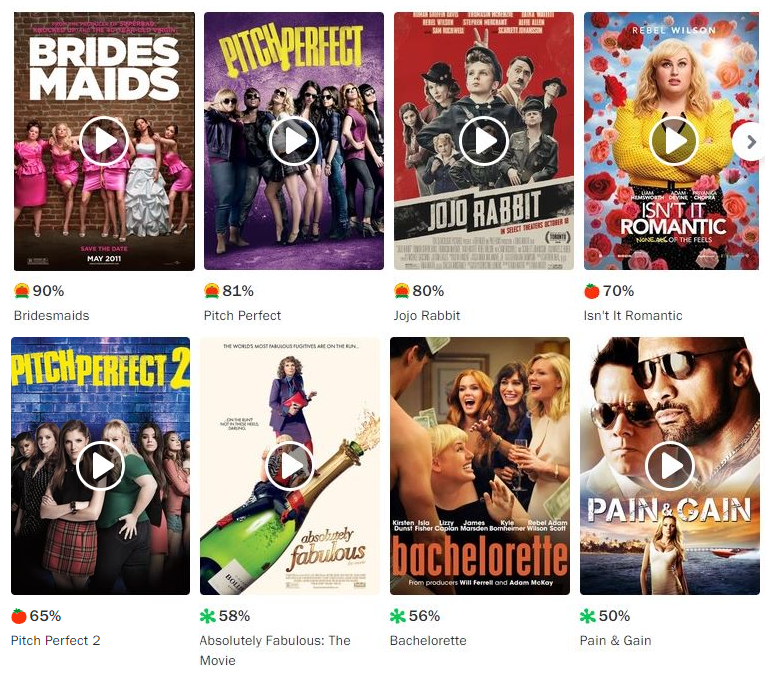 Not all Rebel appearances have been a success and beloved by critics. Wilson’s top 10 highly ranked filmography based on Rotten Tomatoes scores, 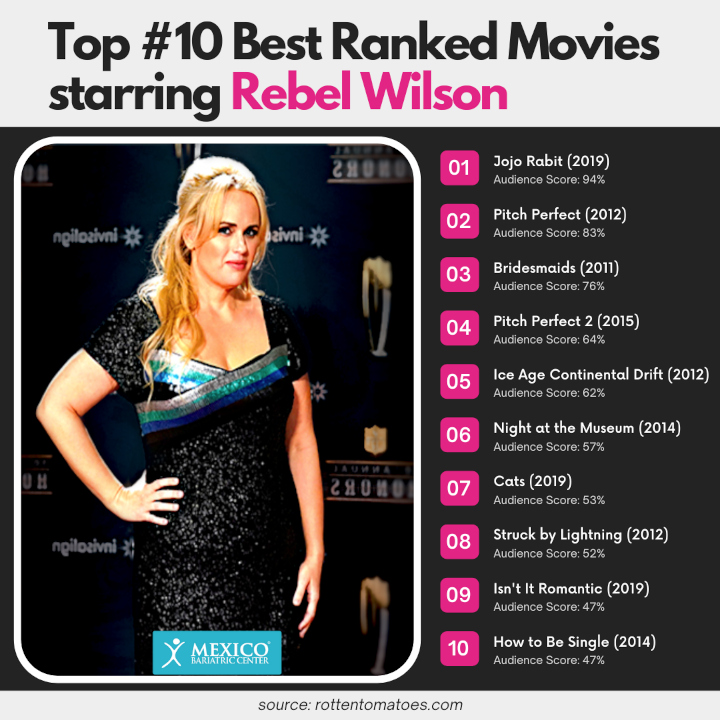 Fortunately, the Aussie has been open about her weight loss journey on Instagram. And now we have to ask, how did she do it?

Finally, Wilson had enough! As she approached her 40th birthday, she set a sixty-pound weight reduction goal. Oddly enough, Rebel had always felt comfortable with being overweight and liked her curves.

The Cats star used to eat 3000 calories a day and started gaining pounds rapidly since she was twenty years old. As a result, she was diagnosed with Polycystic Ovary Syndrome (PCOS) at an early age, a hormonal disorder affecting overweight women.

The comedian revealed her motivation to live a healthier lifestyle stemmed from current events surrounding fertility and COVID-19. She wanted to freeze her eggs before she passes 40 years old and wanted them to be high quality.

She ramped up her transformation efforts during the 2020 pandemic by cutting down on sugar and junk food and exercising daily with personal trainers.  Rebel’s training journey included using an assault bike, TRX squats, standing bandit trunk rotation, dead bugs with a medicine ball, and battle ropes slams.

Rebel Wilson has gone back to Austria’s VivaMayr luxury resort to ‘Lose Her Last Two Kilos.’

The extreme makeover helped Rebel be more active with Jacob Busch, her current boyfriend [2020]; she first went public in September. She posted her skiing pictures from the slopes of Aspen, Colorado.

Sydney native Rebel has been showing off her incredible weight loss success all over Instagram and other social media outlets, like TikTok. She has been sharing her diet, exercise routine, and motivational tips to promote healthy lifestyles on her social media platforms.

Losing weight is incredibly challenging if you have to battle with PCOS syndrome, genetics, and emotional eating. That is why individuals seek bariatric surgery to get rid of extra pounds, become fertile, and live a healthy life.

So, did Wilson resort to weight loss surgery in Mexico? Can she keep it up? While possible, it may be something we’re left pondering unless the actress tells us herself. 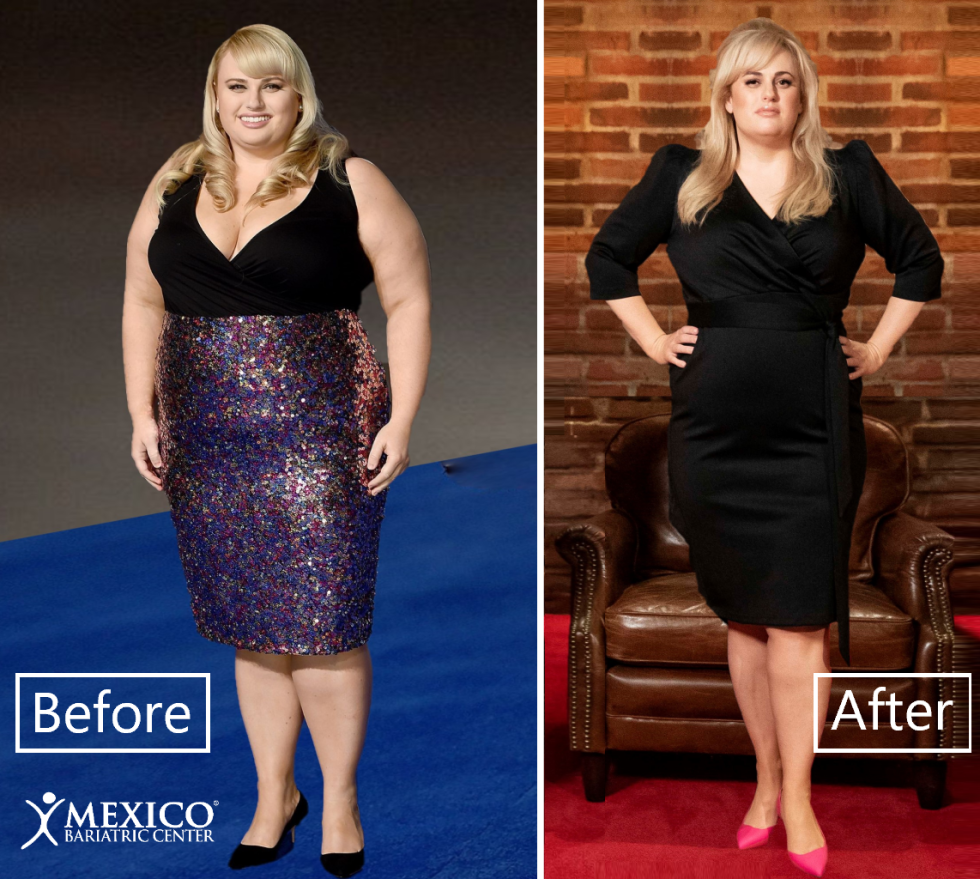 Rebel and Adele are not the only public figures that lost a huge amount of weight in 2020. Melissa McCarthy also went on a weight loss journey in the year 2020 to reach her health goals. For the most part, Adele has been quiet about her weight loss and has not revealed her diet and exercise. Rebel has been more vocal with her 9 million Instagram followers, posting regularly about her new Mayr method diet and fitness routine.

But did the comedian supplement her traditional methods with bariatric surgery? The rumors have it that she did undergo a surgical procedure, like the sleeve gastrectomy or gastric bypass. We will know only if Wilson decides to share the more intimate details of her journey with the world.

Weight loss surgery, called bariatrics, is a proven, rapid, and sustainable treatment for overweight and obese. Mexico offers one of the best options for affordable yet reliable bariatric surgery for individuals with or without insurance. Mexico Bariatric Center® is a trusted medical tourism operator in Tijuana and Guadalajara, Mexico since 2012. MBC has helped over 13000 (and counting) patients suffering from obesity and its accompanying health issues.