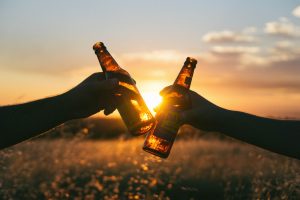 Drinking alcohol after gastric bypass surgery is a very popular topic for both past patients and those who are considering it. Bariatric surgery, like the roux-en-y gastric bypass, changes the way the body absorbs or metabolizes alcohol. Almost every patient becomes highly sensitive to alcohol postoperation and could feel the major side effects of alcohol after only one drink or less.

Can you drink alcohol after gastric bypass surgery?

Yes, you are allowed to drink alcohol after gastric bypass surgery but it is not recommended and should proceed with extreme caution. Important: Avoid alcohol drinks during the first six months to one year after the bariatric procedure as it causes severe intoxication and low blood sugar.

The new stomach, or stoma, is so small that the smallest amount of alcohol can make a huge impact on a patient’s ability to function, particularly when the amount of food they can eat is limited.

Another aspect that patients don’t take into account is the change in social habits after surgery. Unfortunately, this includes a higher risk of drinking alcohol after gastric bypass surgery, even to the point where alcohol addiction becomes a problem.

It is vital that gastric bypass patients become aware of the risk of consuming liquor as well as the risk of abuse.

Following gastric bypass surgery, patients have a new stomach called a “stoma,” which restricts the amount of food bypass patients can eat during each meal. This restriction, along with malabsorption from rerouting the intestines causes significant weight loss for patients.

With more than 95% of the stomach bypassed, the alcohol quickly passes from the pouch into the intestines. Therefore, the first pass of alcohol metabolism in the stomach is practically eliminated and more than 80% of it gets rapidly absorbed in the large surface area of the intestines. The heightened level of alcohol in the bloodstream is intensified as patients consume less food after the bypass surgery while they are drinking alcohol.

Social habits overall have been known to cause a difference when gastric bypass patients begin losing weight. They had dealt with many years of low self-esteem and staying indoors, avoiding parties and social gatherings, and not enjoying themselves in a public setting. But after surgery when the weight starts coming off and you regain their confidence, and sometimes the new social environment includes excessive drinking of alcohol. 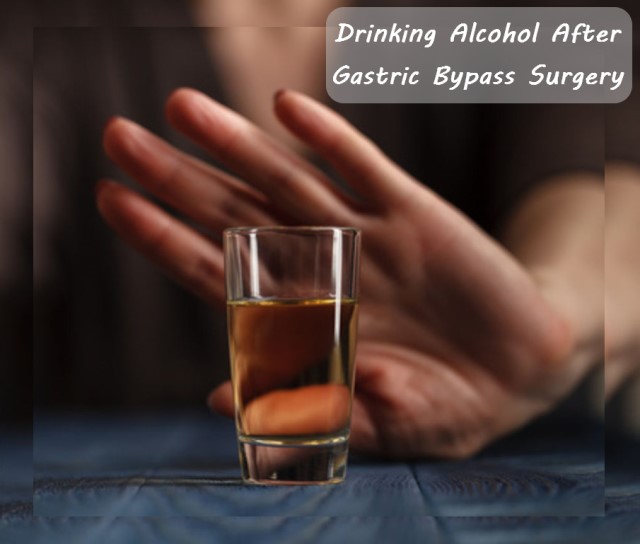 People that get gastric bypass surgery should already know they are not to drink alcohol for the first year after getting the procedure. But many use alcohol as an outlet when food is no longer a way to help with their emotional or psychological problems.

In a study published in the Archives of Surgery and written by Dr. Alexis Conason from St Luke’s Roosevelt Hospital Center in New York City, there is about a 50 percent increase in substance abuse in the first year after surgery. There are also trends showing patients have turned to other types of substances, including cigarettes and narcotics.

Alcohol drinks lack any nutrients benefits and are high in calories that may minimize your weight loss success. Avoid alcohol drinks during the six months to a year after the bypass surgery as it causes intoxication and low blood sugar.

During the holidays, this dangerous trend continues, as does the risk for increased drinking. The study shows that as gastric bypass patients attend holiday parties and functions, they are not able to participate in the same eating that other guests are, so they turn to alcoholic beverages. There seems to be an even higher risk for alcohol consumption among the Roux-en-Y gastric bypass patients than other types of weight-loss surgeries, although all types of weight loss surgeries carry some risk.

Patients who undergo gastric bypass surgery are urged to follow the same limitations and nutritional post-op guidelines with holiday drinking, as much as eating. They are meant to start a new healthy lifestyle that keeps them eating and drinking in moderation, regardless of where they are, whether it is Sunday brunch or a work Christmas party. Researchers and physicians urge patients to practice caution when they choose to drink alcohol during the holidays, as well as the rest of the year, due to the higher increase in substance abuse.

We strongly recommend that patients do not drink alcohol after gastric bypass surgery.