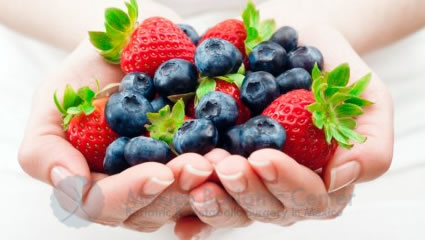 Just as it is critical to follow a diet as directed by a patient’s surgeon and surgery center before surgery, adherence to a post-operative diet is equally important. The time immediately following surgery is a time for scar tissue to form around the band that has been placed. This healing process ensures correct positioning.

The band does limit the amount of food the stomach pouch can hold, but the patient is still in control of what kinds of foods are consumed. Eating improper food during the post-op period can cause damage. The stomach muscles during digestion squeeze and churn to break down food during the process. These actions place stress and pressure on the band and sutures placed during surgery.

Surgeons and surgical clinics commonly have specific eating guidelines for their patients, but general guidelines for post-op gastric banded patients include the following:

After the First Four Weeks

Many patients are ready for a solid diet at this phase of their recovery. Each will differ in the foods they can tolerate but the standards for healthy eating habits following a gastric banding procedure include:

Some foods can be problematic for patients of gastric banding at any phase of their recovery. Each patient is different but some foods that could cause potential problems such as stoma blockages include:

Multivitamins after a gastric band

Patients undergoing gastric banding will likely experience an altered ability to absorb nutrients. Many surgeons recommend a regimen of various supplements that may include: 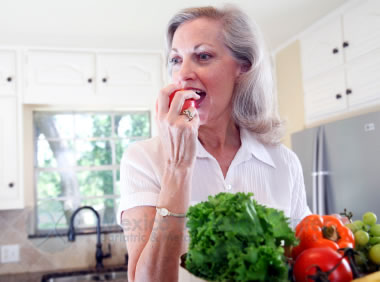 Proper nutrition and adjustment of the gastric band are critical parts of achieving favorable results following this bariatric procedure. Each surgeon and surgery center will have their protocols, but the following considerations can be used as general guidelines:

Incisions made during the process will typically be covered with a dressing or plastic covering following surgery. Showering is acceptable even with these dressings in place. Bathing, however, should be avoided. The dressing can usually be removed three days following surgery. If sterile-strips (small paper strips running horizontally along incisions) are in place, they should be allowed to come off on their own. They are designed to provide temporary reinforcement to aid the healing of incisions.

Redness and warmth are classic symptoms of infection. Monitor carefully incisions sites. If these symptoms appear, contact the surgeon immediately. Antibiotic treatment may be required. Early intervention can significantly reduce the seriousness of this complication. Other lap-band complications include band slippage, erosion, tubing malfunction, pouch dilation, or port infection.

Post-op patients of gastric banding can usually resume previous medication regimens the day they return home. It may be easier for patients to break up larger pills if not contraindicated by prescription directions. Mylanta and Gas-X are medications that may be effective in relieving gas pain. Check with your doctor for recommendations if the gas pain is a persistent problem.

Adjustment of the lap band that is the foundation of this procedure will likely be required intermittently. These changes are sometimes referred to as “fills.” Your band will need to be tightened if weight loss stops or if increased hunger despite regular meals becomes consistent. Adjustments are determined on a very individual basis. Several factors can determine what kind of an adjustment is needed including patient weight and adaptation by the stomach and esophagus to the banding.

Your surgeon or dietician will recommend specific diet advice. Common dietary considerations for gastric banding include the following:

Various issues can contribute to reoccurring vomiting. Some of these problems include:

It’s good practice to set aside at least 30 minutes before each meal. Contact your doctor if vomiting continues for more than two days. Consuming strictly liquids for a 24 hour period may give the stomach the rest it needs to get back on track.

A common complication of gastric banding is known as productive burping. The regurgitation of non-acidic swallowed food from the upper pouch describes productive burping. This is not normal and can be an indication that the band is too tight or may be a result of stomach swelling related to persistent vomiting. Again, eating too much, eating too quickly, or taking too large bites can contribute to this complication.

The primary symptom of acid reflux is heartburn and involves burning of the lower esophagus by stomach acids. A band adjusted too tightly or an inflamed stomach lining are common culprits related to this post-op problem with gastric banding.

Most surgeons encourage walking immediately following surgery. This exercise not only aids in weight loss but also helps lower the risk of possible complications such as pneumonia.