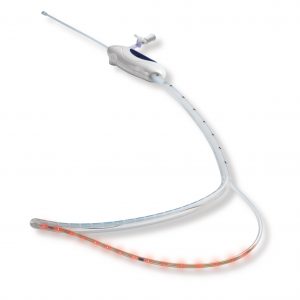 The medical technology giant, Medtronic PLC, recently showcased a higher procedural efficiency for its gastric positioning system, GastriSail. This method is used while performing gastric sleeve surgery. This new launch shows their continued efforts to improve the treatment of obesity with innovative surgical solutions for bariatric surgeries. The company has since acquired and merged with Covidien.

The system was originally developed by Covidien and is now a part of Medtronic’s Minimally Invasive Therapy Group. The GastriSail system is a 3-in-1 surgical device that helps surgeons to perform gastric and bariatric procedures, especially gastric sleeve, the most common weight loss procedure in the United States.

The system allows surgeons to decompress the patient’s stomach pouch as well as tests for leaks with small device insertions. This minimizes any risk of injuring or irritating the esophagus during the surgery itself. After surgery, a compressed stomach helps make sure that the patient feels full faster after consuming a small portion of food. This helps them to weight loss success in the long term. This is the only device on the market with a flexible sail as well as LED lights that allow for a more consistent sleeve creation and greater efficiency compared to a bougie usually used during weight loss surgery.

There are four different types of weight loss surgeries commonly performed in the United States. They include Roux-en-Y gastric bypass, vertical sleeve gastrectomy, biliopancreatic diversion with a duodenal switch (sometimes done after a gastric sleeve surgery) and Adjustable gastric banding. The American Society for Metabolic and Bariatric Surgery reports that gastric sleeve accounts for 42.1% of all operations with gastric bypass coming in second at 34.2%. 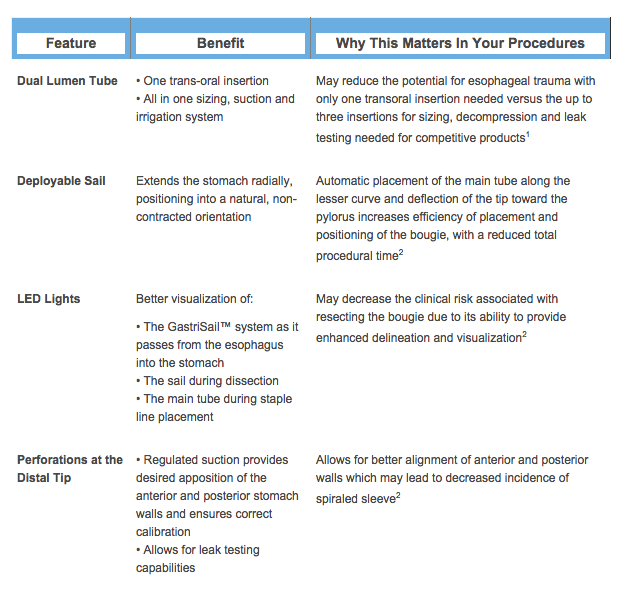 Medtronic is currently launching this device in the United States, the Middle East as well as Europe. It will be available commercials by the end of 2015.

The company expects to see a large demand for an adoption of this system for use during bariatric surgery for its decreased risk of various complications related to surgery and the effect it can have on a patient’s weight loss success.

Technology is quickly becoming a powerful tool for bariatric surgeons, and the adoption of successful solutions can help reduce any complications that can occur during surgery. This decreased risk would make the acceptance of weight loss surgery even greater in the world.

The GastriSail System is the first of its kind in the weight loss industry, and Medtronic believes that it is in the position to capture a big share of this potential market and need.