A Guide to Tourism in Tijuana, Mexico 2019 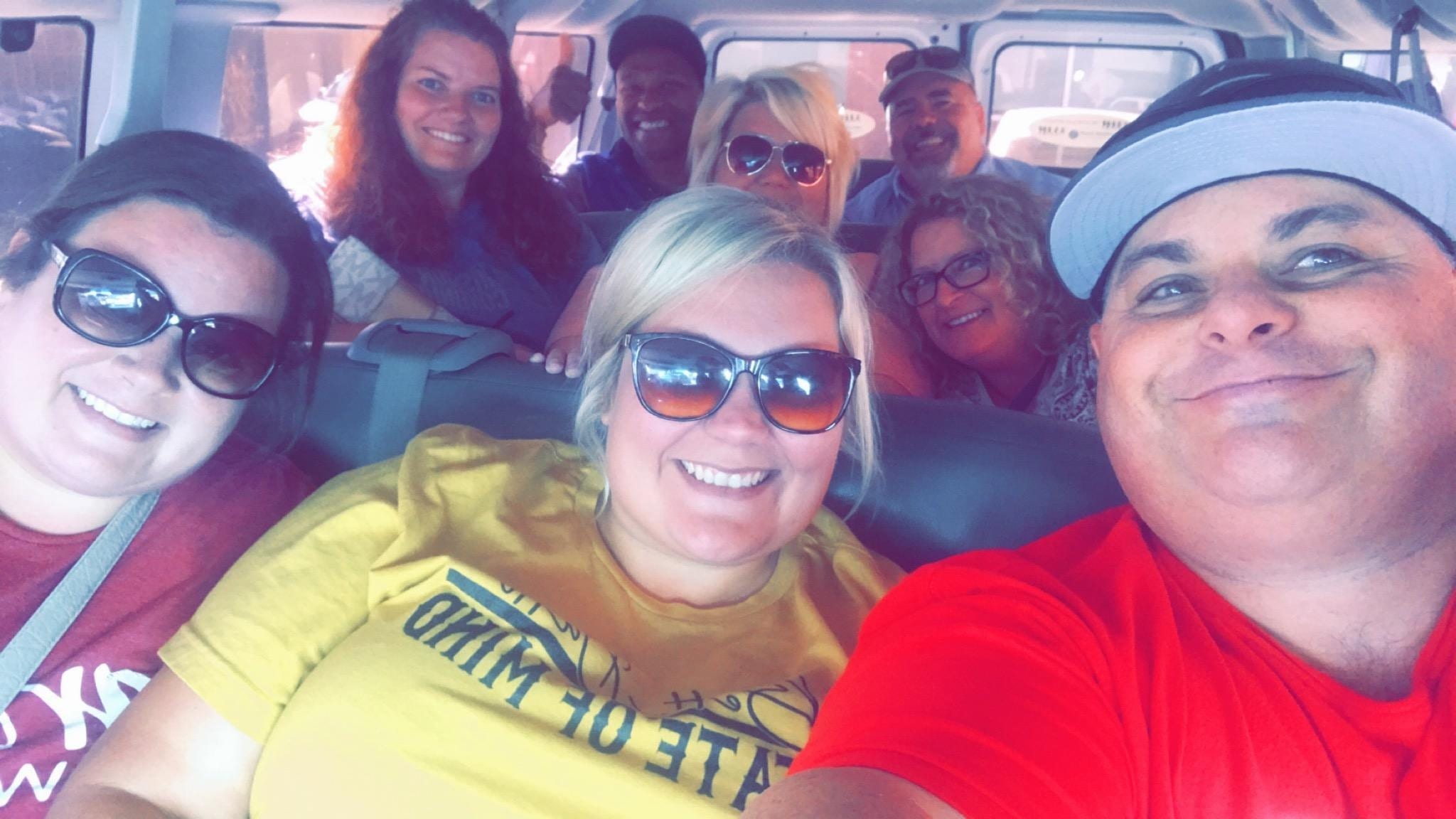 Right at the border with San Diego lies Tijuana – a city with about 2 million residents that is as synonymous with Mexico as tacos or margaritas. It is a city that has received considerable press in recent decades. Some of it good. Some of it bad. Yet it remains one of the most visited cities in Mexico and an incredibly popular location with tourists.

Tijuana has also changed considerably in the past 15 years. What once was considered the “seedy” part of Mexico has grown into its own unique city, offering sights, sounds, adventure, and some delicious cuisine for the modern day traveler.

Whether you’re considering Tijuana for medical tourism, or you’re simply interested in a vacation to Mexico’s largest border city, Tijuana offers an experience that few are likely to forget.

Where is Tijuana Located?

Tijuana is one of the northernmost cities in Mexico, located near the Pacific Ocean. It is only a 45-minute drive from San Diego, California, and less than a few miles away from the United States/Mexico Border.

Tijuana is one of the most affordable travel destinations in Mexico. It has numerous resorts, hotel chains, and more, making it a popular vacation travel destination. While Tijuana was once known as a party spot for college students that like Corona, it has since morphed into a much more of a diverse location that is typical of other major big cities.

Indeed, Corona has been replaced by over 80 different craft breweries, including internationally recognized brands that include:

But Tijuana is also more than beer and food. After 9/11 there was a sharp drop in American tourism due to long lines at the border. The locals started to take back their culture and grow their city organically, which opened up more enjoyable attractions and activities such as:

Since then, Tijuana has experienced somewhat of a “vacation resurgence,” capable of providing a more fun, unique, vacation-like experience than in the past, combined with the beaches and scenery that made Tijuana popular with travelers for decades.

Places to Visit in Tijuana

If you have decided to visit Tijuana, chances are you are looking for fun and interesting adventures – memories that you can talk about for years to come. Tijuana is home to nearly 1.5 million residents, which means that there is a virtually unlimited number of things to do in Tijuana. But it helps to have a bit of guidance. Consider the following places to visit on your trip to Tijuana:

Centro Cultural Tijuana (CECUT) is located in the Zona Urbana Río – a prominent area of Tijuana next to the U.S. border. If you’re looking to visit Tijuana, it starts with the cultural center. Over a million people visit this Cultural Center every year. It is a combination museum, theater, concert hall, and exhibition space that provides the history of Baja California, along with activities for the entire family. Be sure and check out the IMAX dome to see if there is a 360-degree movie playing.

There are many beaches at or near Tijuana, including Rosarito Beach (where they filmed Titanic), Playas De Tijuana, and Ensenada. Many of these beaches have activities and adventures available, including snorkeling and sea kayaking, but all of them are also fun for tanning and relaxation.

Shopping in Tijuana is cheap, fun, and popular. The Mercado El Popo is one of the larger shopping areas and comes with colorful scenery and many handmade items for those that are looking for a bit of a different experience compared to other shopping locations.

Soccer (football) is very popular in Mexico, and Tijuana is no different. If you have a chance to catch a game, you’ll often find yourself surrounded by highly excited fans in an environment that loves sports. You may even find yourself becoming a fan of the game.

Like many big cities around the world, homeless and unfortunates in Tijuana live in the city dumps. One such place where people live in cardboard boxes is called “Cartolandia” (cardboard city).

Have you been unable to afford a dentist? Metal braces are $400 in Tijuana compared to 5,000 in the United States. Were you looking for bariatric surgery? Tijuana medical weight loss centers provide $27,000 surgery, for as little as $4,500 including travel, with the same level of medical care. As Tijuana has improved, so too has the medical community, which is why so many people travel to Tijuana for medical reasons.

There are many different activities to enjoy in Tijuana, in addition to food, yearly events, shopping, and more. Tijuana has much to offer and is one of the top places to visit in Mexico besides Cancun, Puerto Vallarta, Cabo, and other well-known travel destinations.

Safety of Tijuana – How Safe is the Border City?

Tijuana is the fourth largest city in Mexico. But although hundreds of thousands of people visit Tijuana every year, it is not frequently listed as one of the top vacation spots, and that is due in large part to safety.

Tijuana has gone through many changes over the past many years. Back when college students spent frequently spent their spring breaks in Tijuana, petty crime was rampant. Then it was safe again. Then there was a time only a few years ago when drug gangs in the area were at war, and violent crime was a risk. Then those drug wars ended and it was safe again. So where does Tijuana stand now? And should you be concerned about your safety?

Violent crime against tourists in Tijuana is very low, and at the lowest point since 2010. Petty crimes, such as purse snatching and pickpocketing are still a risk, but they are not as frequent as some of the most popular European cities like Rome. Common sense precautions are still considered a necessary practice:

But these warnings are true in many areas of the United States as well. In the United States, however, people tend to know where to go and how to act. On vacation, tourists tend to make silly mistakes that put them at risk for those that prey on tourists.

Should You Be Concerned About Safety in Tijuana?

If your goal is to visit Tijuana for a vacation, medical tourism, or other law-abiding activities, the answer appears to be no. While pickpocketing and tourist “tricks” (such as taxis that claim their cab is more than it actually is) are still a problem, they are no more a problem than some of the most popular tourist spots in Europe.

The effects of the drug gang wars still make some of the underground areas of Tijuana dangerous, but most of these areas are avoided by tourists and only sought out by those looking to buy drugs, and they are no different from other areas of drug crime in the United States. If you take common-sense precautions in Tijuana, your visit will be as safe as Italy, Greece, and Paris, and fun one with little risk to your health and safety.

Tijuana tourism is on the rise. Over the past several years, more and more people are starting to re-visit Tijuana and find that it has many of the joys that they’re looking for from a vacation. From food, attractions, culture, and more, Tijuana has quickly renewed itself as the tourist destination it used to be.

Yet not everyone travels to Tijuana for vacation. Many more travel for “Medical Tourism.” Tijuana is one of the most common destinations for those that need medical or dental procedures, but do not have the money to cover the costs of these procedures in the United States.

Why Medical Tourism in Mexico?

In Mexico, the cost of medical procedures is a fraction of what it costs in the United States, and the quality of care, when provided by qualified surgeons and doctors, is comparable to what you would receive in a US hospital. Consider the following:

The dental procedures are the exact same, but the cost is a fraction. At Mexico Bariatric Center, where we have experts that provide gastric sleeve in Tijuana and gastric bypass in Tijuana, among other procedures, the costs – which include hotels, airfare, a driver, recovery time, and more – are as little as 10% to 20% the costs in the United States. Yet the surgeons are well trained, the hospital is clean, and significant attention is paid to each and every patient.

Safety is often the primary concern, but in the hands of qualified surgeons, the procedures are the same. Many doctors in the Mexico study medicine at American Universities, or learn from Ex-Pats that have moved to Mexico to teach and enjoy the weather.

Are There Any Risks to Medical Tourism in Tijuana?

The only issue with medical tourism is an oversight. Most hospitals and surgeons in Tijuana are well regulated, but you’ll still want to do your research and make sure that you’re choosing a location that is committed to patient safety and quality medical care. If you stop at a medical facility without doing any research, you may put yourself at risk for scams or lower-end medical care.

But as long as you research your doctors before you go and plan your medical care, you’ll give yourself a great opportunity to receive the same quality medical care as the United States, for pesos on the dollar.

About the Author: admin