Introduced in the early 1990s, the Lap-Band was part of the first wave of minimally invasive weight loss surgeries to help treat and cure obesity. In 2001, the gastric band was approved by the FDA, officially becoming an industry standard for individuals looking to lose weight.

Since then, the LAP-BAND product has been acquired and sold to more than four companies, which has raised some red flags in the field of bariatric surgery. Many studies have explored the potential risks and side effects of the LAP-BAND to help determine if it is still a safe procedure in 2022.

Is the LAP-BAND Safe?

The LAP-BAND is a silicone band that is laparoscopically inserted around the stomach to limit food intake. Unlike gastric sleeve or gastric bypass surgery, the lap band doesn’t alter the stomach size or digestion process. The procedure only takes 30 to 45 minutes, and in many cases, patients can go home the same day.

The simplicity of the lap band procedure reduces the intraoperative mortality rate to only 0.005%.

There is an added risk when a foreign object is placed in the body. Infections are the main cause of concern as the band erodes over time. Gastric strangulation can force the stomach to twist into a knot, cutting off circulation. Stomach necrosis is rare but extremely fatal and leads to the remnant stomach rotting. 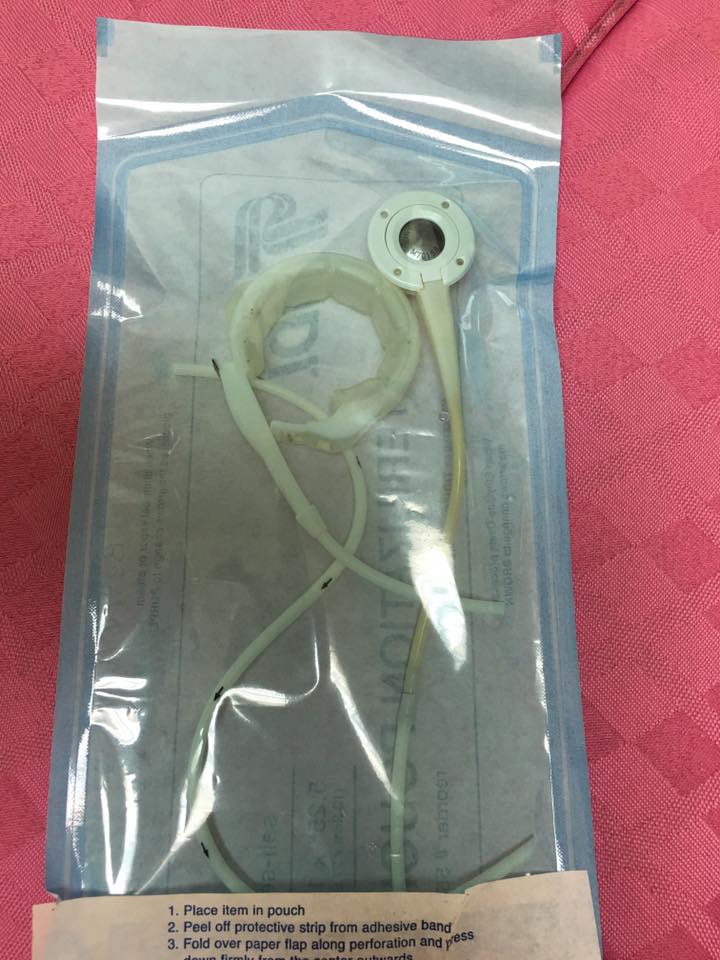 Compared to other bariatric surgeries, the LAP-BAND has significantly more potential complications, which can lead to serious health problems and may even require an emergency operation. The LAP-BAND makes it uncomfortable to eat foods – especially in large portions. Since no hunger hormones are permanently severed, cravings and fullness are left unchanged, and the feeling of satisfaction is unattainable.

How Effective is the LAP-BAND?

The LAP-BAND system can produce safe, effective, and lasting weight loss results when combined with a healthy diet and committed exercise regimen. However, the severe discomfort and painful side effects make it one of the most challenging lifestyle transformations. The uncertainty of how the body will react to an implanted foreign object can be unpredictable.

It’s reported that about 50% of LAP-BAND patients request the removal of the band (explantation) due to painful side effects or inadequate results.

The lap band is a constrictive weight-loss method with no metabolic impact, meaning it will not remove hunger hormones, such as ghrelin, from the stomach. Although it is not the best method for rapid weight loss, it is still considered a safe bariatric procedure with a 1 in 2,000 mortality rate.

Based on a ten-year study, the failure rate of the LAP-BAND (post-operation) continues to rise over time.

The increased failure rate with added complications indicates that the LAP-BAND may not be the best tool for weight loss. 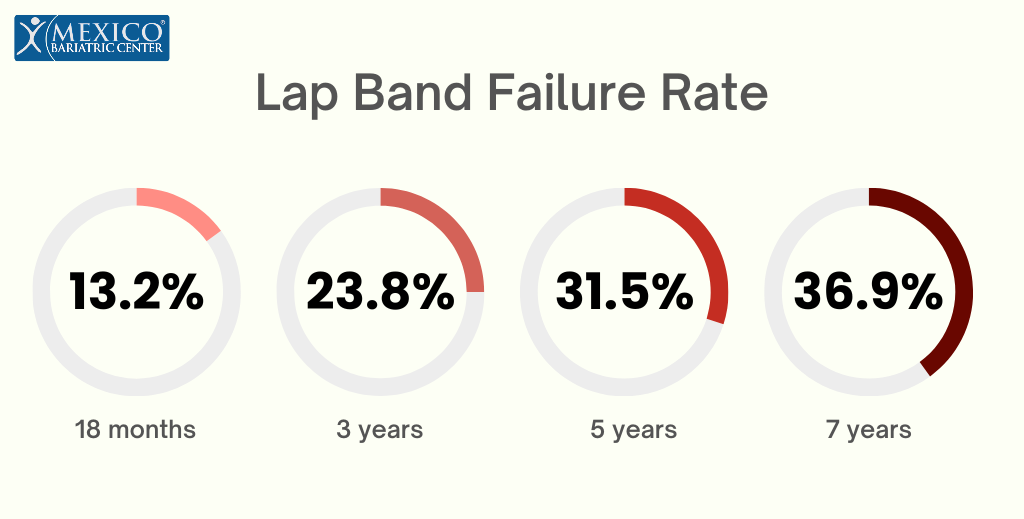 Is the LAP-BAND Dangerous for Me?

People who suffer from or have a family history of autoimmune disease are not the ideal candidate for the LAP-BAND as it could lead to further health problems. The implant can cause the body’s immune system to malfunction due to the gastric band being planted in the patient’s stomach pouch.

Not recommended for patients with:

When is it Time to Have Lap-Band Removed?

Gastric band patients often experience vomiting, chronic heartburn, and other adverse side effects daily while the device is implanted. Fills, adjustments, and follow-ups are mandatory but typically do not improve these conditions. As the band is tightened, the patient inevitably develops severe chronic heartburn to the point they cannot sleep.

The band’s removal is typically required if the patient is experiencing band intolerance, leakage, or severe erosion with the gastric band. Band slippage can also occur and is often treated by re-adjustment or fills but can be removed to prevent life-threatening complications. Pouch dilation can be treated by removing fluid from the band, but it can be taken out if it’s too painful.

Unsatisfying weight loss results are another common reason for premature gastric band removal. Without converting to another weight loss procedure, there is a 99 percent chance of LAP-BAND patients regaining all or more of their starting weight.

Contact a bariatric surgeon about possible revision surgery options that could help continue your path to a healthier weight. 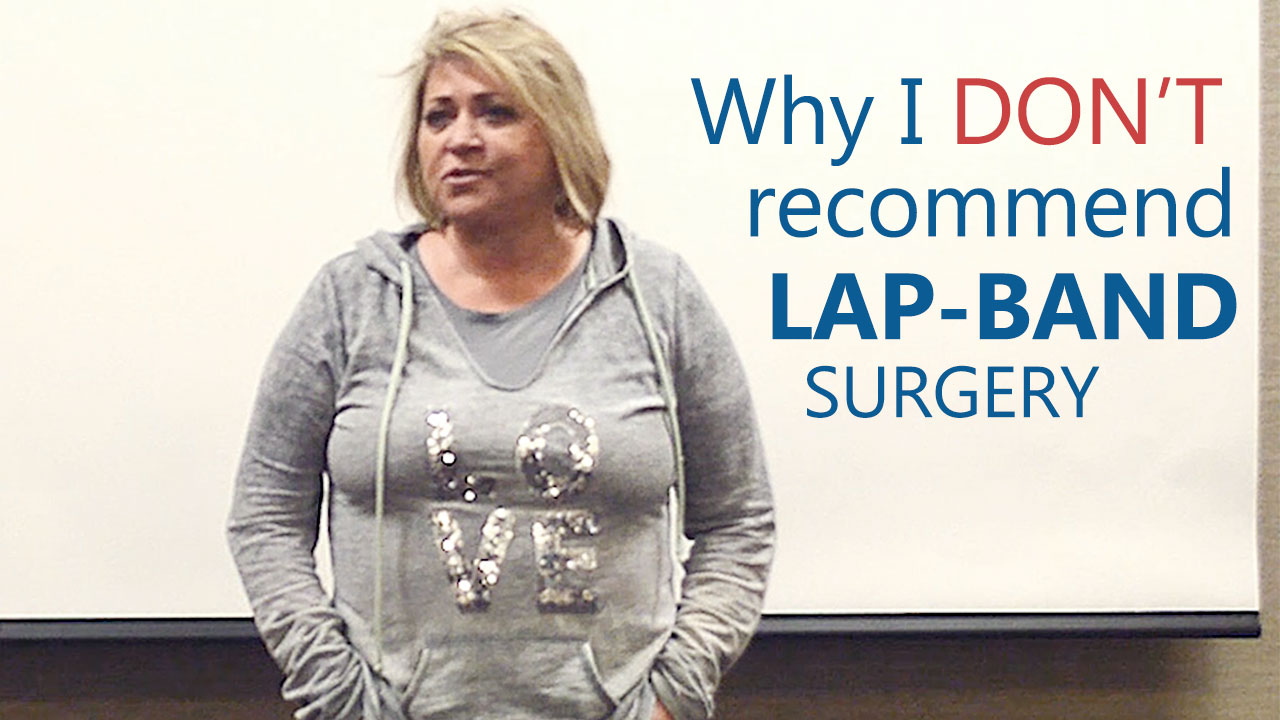 Is the LAP-BAND Still Being Performed?

As the first reversible bariatric surgery, the LAP-BAND became one of the most sought-after weight loss procedures in the late 1990s and early 2000s. Its innovation in accelerating weight loss without needing anatomical modifications made it appealing to many. Fast forward 20 years later, and now the cons outweigh the pros. 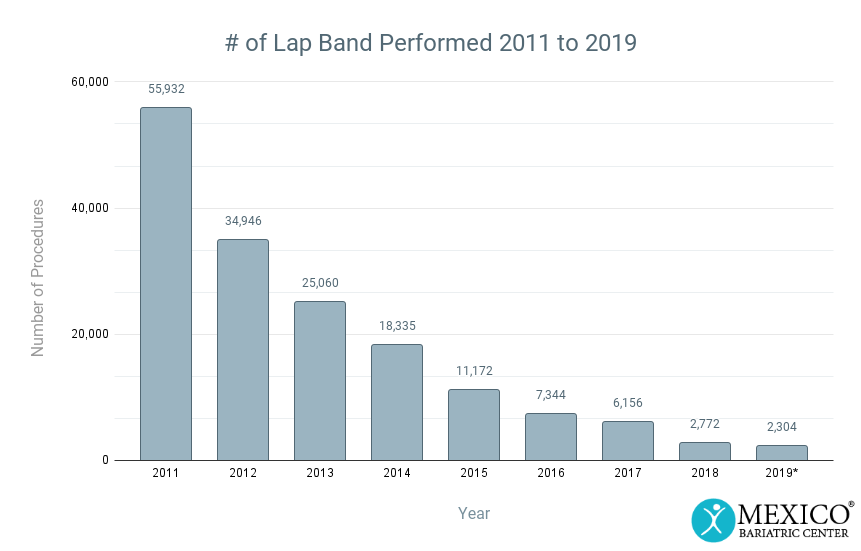 Many doctors no longer offer the LAP-BAND procedure, often recommending safer and more effective methods, such as the gastric sleeve, instead. According to the American Society for Metabolic and Bariatric Surgery (ASMBS), less than 3,000 LAP-Bands were conducted in 2020, while more than 120,000 sleeve gastrectomies (gastric sleeve) were performed.

Overall the gastric band is a relatively safe and non-invasive procedure, but the low weight loss results, heavy discomfort, and frequent doctor visits make this one of the most difficult procedures to recommend.

About the Author: MBC Contributor