What Are the Benefits and Risks of Laparoscopic Surgery?

What is Laparoscopic Surgery?

Laparoscopic surgery is a “minimally invasive” alternative to traditional “open” surgery options. It is performed with 3 – 6 incisions measuring at 0.5 – 1 cm in diameter or a single incision measuring at 1.5 cm to provide the surgeon access to the internal stomach cavity. Through the skin incisions, a tubular instrument called a trocar or port is inserted into the abdomen through the subcutaneous fat and muscle layers of the abdominal wall.

Specialized instruments, such as blood vessel sealing devices & surgical staplers, are used along with a special camera called a laparoscope. The laparoscope transmits live video to high-resolution monitors which are used by the surgeon(s) to perform the surgical procedure. 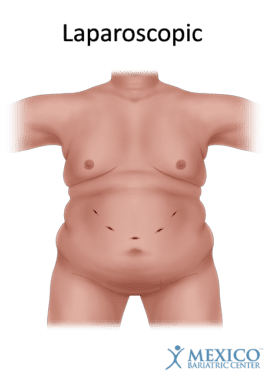 Both Open and Laparoscopic approaches to bariatric procedures produce similar success rates in reducing excess weight and improving/resolving co-morbidities. However, the patient’s stay in the hospital will be several days longer in open surgery than with minimally invasive surgery.

The recovery time is much longer with open bariatric surgery. Patients will have much longer recovery time and need to heal for weeks before returning to work and regular physical activities. There is also more of a chance of wound complications such as infections and hernias. A long incision leads to a long scar. In some cases, the open method is necessary due to some patient-specific risks. 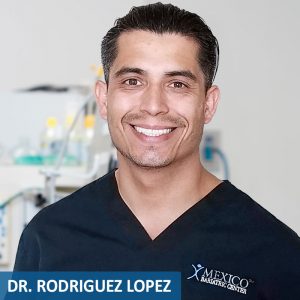 Laparoscopic surgery is as safe as open surgery while being much less invasive. All intestinal surgeries come with their inherent risk factors. Factors such as the individual’s health and medical conditions can increase risks substantially. Risk of infection and bleeding are also important to note. The purpose of laparoscopic surgery is to limit these risks as much as possible.

Some advantages of performing the operation laparoscopically over traditional open surgery are:

Due to the small size of the incision(s) made being so small, the risk of bleeding is greatly reduced.

The small wounds that follow laparoscopic surgery heal much more quickly than an open incision. And because they are smaller, the pain experienced by patients is also reduced. This is why bariatric patients are able to return home quickly (within days) after surgery. In some cases, patients are able to go home on the same day or the day after their surgery.

3. Less Scarring and Risk of Infection After Surgery

Larger incisions are more likely to lead to infection for patients. Infection can occur during an open surgery due to exposure to external contaminants. And after surgery, the scars are more susceptible to infection as well. Aside from the risk of infection, herniation is at higher risk with open procedures. A herniation is particularly a risk for overweight/obese patients, making laparoscopic surgery with smaller incisions optimal.

The Single Incision Laparoscopic Sleeve (SILS) or Single-Incision Sleeve Gastrectomy, is performed laparoscopically with only a single incision through the belly button.

The single-incision surgery took off as the advantages began to outweigh the disadvantages. Originally, a single incision was risky, as the expertise level was low and complications were high. The benefits of single-incision include:

About the Author: admin