Is the Level of Obesity Not The Strongest Factor When Choosing Bariatric Surgery Procedure? 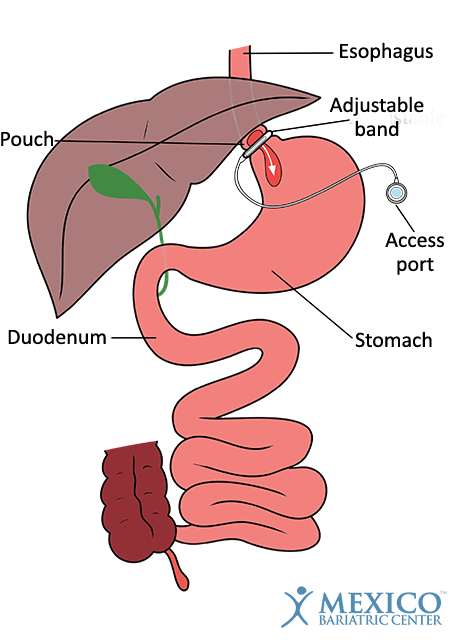 A new study from the Journal of the American College of Surgeons has found that the primary factor in choosing a surgical procedure isn’t their body mass index (BMI) or the level of obesity but instead how much weight a patient wants to lose. According to the principal investigator, Dr. Christine C. Wee, BMI is unnecessary in choosing surgery as patients’ preferences, and behaviors may be more influential in their decision-making process.

The study found that those who experienced uncontrolled eating chose the proven less effective: laparoscopic banding than gastric bypass surgery. Researchers believe most likely this occurs because the procedure was reversible.

During the laparoscopic gastric banding procedure, the stomach is made smaller by wrapping a band around part of the stomach. A surgeon adjusts the band based on the patient’s food consumption to allow more or less food to enter the stomach. Small incisions are used during a laparoscopic procedure.

During Gastric bypass, part of the stomach is removed, and the digestive tract is rerouted, limiting the body from absorbing calories. Gastric bypass has been proven to have larger and more long-lasting weight loss over an extended period than other bariatric procedures.

When this study was conducted (between June 2008 and October 2011), gastric banding was the second most common weight loss procedure in the United States. In today’s world, laparoscopic sleeve gastrectomy (gastric sleeve) is more popular and has better results.

Why choose one over the other?

In the study 18 months before their operations, researchers asked 239 gastric band and 297 gastric bypass patients about their ideal weight, why they chose the procedure they did, and how willing they were to accept the risks of each method.

During these one-hour telephone interviews, these patients also talked about their quality of life, how often they emotionally eat and how often they experience uncontrollable eating. Information about the patient’s demographics, diseases related to obesity, and BMI was also taken from the patient’s medical records.

The study’s researchers discovered that those who chose gastric bypass were more likely to have a poorer quality of life, a lower goal weight, type II diabetes, and a greater tolerance for accepting the surgery’s risk. While those with gastric banding had a lower average BMI and were less obese than bypass patients, the study also found that those who experienced uncontrolled eating were more likely to have the gastric banding procedure.

Ultimately, it is essential that patients take the time to talk to surgeons about their weight loss goals, their quality of life, any concerns, and their challenges when losing weight. This information will better help a doctor guide the patient in choosing a weight loss procedure that works best for them.