The first few weeks after gastric sleeve surgery is often called, the “make or break” period. It is most crucial for the overall outcome of the surgery’s success but also the riskiest for complications. A majority of all complications occur within the first 30 days post-surgery.

If you have any questions regarding this list of medications to avoid after gastric sleeve surgery, please consult with your patient coordinator. 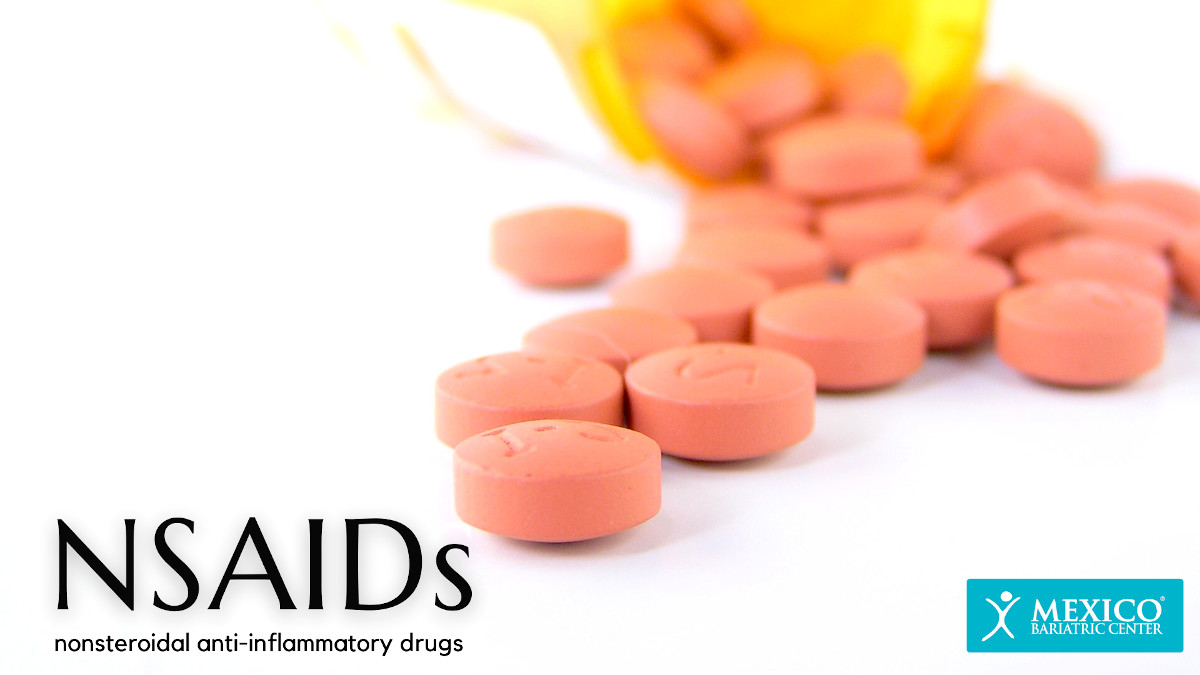 Marginal ulcers are a frequent complication of surgical treatment; they are difficult to control medically and often require further surgery. Bleeding ulcers can be fatal.

What is Safe for Pain Management?

Note: Many anti-arthritic medications like Celebrex and Meloxicam are NSAIDs.

Can I Take NSAIDS After the First Weeks

Occasional use of NSAIDs for pain (less than 3x per month) is fine. Chronic use increases a Bariatric patient’s risk of developing a gastric ulcer. NSAIDs are an ulcer risk in all people.

In bariatric patients, the risk is higher because of the smaller stomach. The ratio of NSAID going into the stomach to the surface area of the stomach is higher. Aspirin for cardio health and chronic use of medications for arthritis is best to discontinue permanently.

Surgery in general also increases a person’s danger of developing a DVT. Patients who have surgery and take these hormones are doubling their risk of developing a DVT. If a DVT dislodges from the leg, it can travel through the body and become lodged in the brain (STROKE) or lung (DEATH).

The risk will return to the same risk of taking the medication previously without the increased risk caused by post-op surgery status.

What about after two weeks? Toxins from smoking can adhere to saliva and mucous membranes where it can travel to the stomach and promote gastric ulcer formation. Smoking is best to discontinue permanently. After two weeks, the risk of DVT from nicotine products returns to the same as before having a surgical procedure.

These can lead to gastric ulcers, bleeding, or perforation. Oral steroids delay healing in the stomach and impair the stomach lining’s ability to form the protective layer between the muscle wall and acid. If steroid use is unavoidable, it should be accompanied by a proton pump inhibitor (PPI) like Prilosec or Prevacid. Some antacids that do not provide adequate protection include Pepcid and Zantac.

All steroids are to be discontinued for two weeks after surgery. After two weeks, steroid injections are acceptable.

A regression analysis shows that gastric sleeve surgery has a higher chance of developing gallstones in some patients [2]. Gastric bypass may result in a chance of gallstone formation due to a slightly higher weight loss within the first 12 months.

Learn how to prevent gallstones after weight loss surgery

Some surgeons routinely remove the gallbladder for every patient going through weight loss surgery to prevent gallstone complications. Mexico Bariatric Center surgeons do not recommend the removal of the gallbladder at the time of the surgery unless the patient already has cholelithiasis. Our bariatric surgeons recommend administering ursodiol as prophylaxis therapy for 6 months after surgery.

As bariatric surgeries alter the structure and function of the GI tract in various ways, it is crucial to evaluate patients’ comorbidities, other health issues, lifestyle, and level of commitment when considering which surgery fits best for them. We hope that this overview of gastric sleeve vs gastric bypass proves helpful to you.