How Plastic Surgery Affects Others 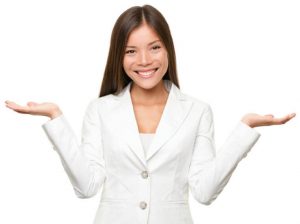 Getting plastic surgery should always be a personal decision, but it is no mystery that many men and women are hoping to be more attractive to others. The rates of many plastic surgery procedures are going up in popularity, including facelifts, eyelid lifts, and skin-tightening procedures, according to the 2012 Plastic Surgery Statistics Report published by the American Society of Plastic Surgeons.

They don’t feel good about their appearance, which can lead to low self-esteem and self-confidence when around others. However, after getting plastic surgery, the individual often feels much more confident and like they are more physically attractive. While this helps the person who got the surgery, it may not change how others perceive them, according to a study conducted by a large team of researchers.

Researchers at the Manhattan Eye, Ear and Throat Institute of North Shore in New York City and Lenox Hill Hospital performed this study on individuals who had facial plastic surgery and asked strangers about the person’s level of attractiveness after getting the surgery. The results showed that while some of the procedures did appear to take a few years off the individual’s face, it didn’t necessarily make them more attractive to others.

The study looked at 49 plastic surgery patients and 50 strangers who viewed before and after photos of their surgical procedures. After looking at these pictures, the visitors were asked to rate the person on a scale of 1-10 how attractive they were, 10 being the highest level of attractiveness. Patients involved in this study had a neck lift, facelift, brow lift or an upper or lower eyelid lift at a private practice in Toronto between 2006 and 2010. Their ages varied between 42 and 73 years old. Researchers took before and after pictures of the patients, with the after pictures being once the patient had healed completely. No patients wore makeup or jewelry and were not allowed to have the additional cosmetic procedure before the images were taken.