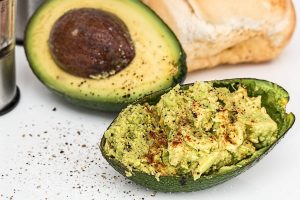 According to the research, the low-carb, high-fat ketogenic diet has proven to help weight loss as well as enhance the performance of endurance athletes. The diet also has shown improvements in multiple sclerosis, cancer, epilepsy, and Alzheimer’s. According to Dr. Dominic D’Agostino, a cancer scientist who has a podcast called Nourish Balance Thrive, the ketogenic diet has countless health benefits that go farther than the popular use as an obesity treatment option.

For nearly 4 years, D’Agostino’s lab has researched how the ketogenic diet can help starve cancer and also prevent epileptic seizures. He and his researchers found that a low-carb, high-fat diet can help to protect the brain for epilepsy patients and also for those who have experienced some sort of traumatic brain injury such as football players who have had concussions.

D’Agostino says that the ketogenic diet works with different types of seizures. This means that it is neuroprotective as these properties are linked to its ability to help supply the ketones in the body as a form of energy to the brain itself.

D’Agostino has worked with the Office of Naval Research since 2007 to assist Navy SEALs with the development of ketogenic diet methods in order to protect them from their undersea environment. His research found that this diet helped prevent Navy SEALS from getting seizures during their rigorous underwater training sessions.

According to Dr. Terry Wahls, a University of Iowa Carver College of Medicine professor, the ketogenic diet has been shown to both prevent and reverse the effects of multiple sclerosis. In fact, the diet itself reversed her own multiple sclerosis conditions by following a ketogenic-style Paleo diet. Wahls was diagnosed with MS in 2000 and has managed her condition for the last 7 years by following her own personalized diet that she details in her book, “The Wahls Protocol.” Wahls says that her MS has improved dramatically without any medication just this diet. 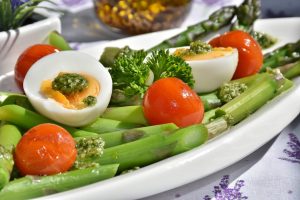 Low-carb diets have gained some mainstream popularity after many including athlete LeBron James lost 25 pounds in 67 days on a low-carb diet. However, D’Agostino’s research believes that the weight loss benefits of low-carb diets can help starve cancer because it lives on sugar and it simply cannot survive on ketones alone. When carbs are restricted in a diet, pro-inflammatory spikes in blood insulin and glucose do not occur.

The suppression of these spikes helps manage countless chronic diseases.  The diet works by limiting carbohydrates we reduce the amount of glucose and insulin in the body, which is the primary fuel source for cancer. This also results in dramatic weight loss.

According to Dr. D’Agostino, we all are only as healthy as the mitochondria in our bodies, which provide power to all of our cells. By keeping the mitochondria healthy, we help stall the onset of cancer as well as any other age-related chronic diseases such as heart disease and Alzheimer’s.

Scientists have been aware of this for nearly 80 years. It was first observed in the 1920s by Otto Warburg, a German physiologist, who won a Nobel Prize in 1931 for learning that cancer cells thrive on sugar and have defective mitochondria.  Despite this revelation years ago, the ketogenic diet is still not used as a primary treatment for fighting against cancer in the world.

According to these researchers, now is the time for the medical community to publicly acknowledge the importance of the ketogenic diet and its health benefits for multiple sclerosis patients as well as its success in helping patients lose weight.