Duodenal Switch (DS) surgery is a viable option for super obese patients with significant weight to lose. DS  is considered an aggressive operation, however, it has the best long-term weight loss results among all of the weight-loss surgical procedures.

The DS procedure is gaining popularity because it has one of the highest expected weight loss as well as the most reduction in comorbidities compared to other procedures. Also, the patients from previous failed surgeries like gastric band, gastric sleeve, and gastric balloon can benefit from this procedure. 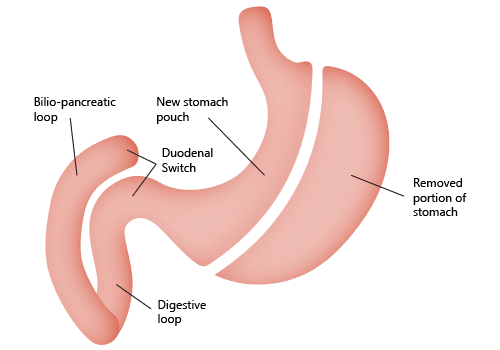 YOUR SAFETY IS OUR TOP PRIORITY – CORONAVIRUS UPDATE

As one of the only bariatric centers to provide this procedure, MBC works with a network of highly trained surgeons, and other medical professionals like MBC’s super surgeon Dr. Rodriguez Lopez.

SEE IF YOU PRE-QUALIFY INSTANTLY! 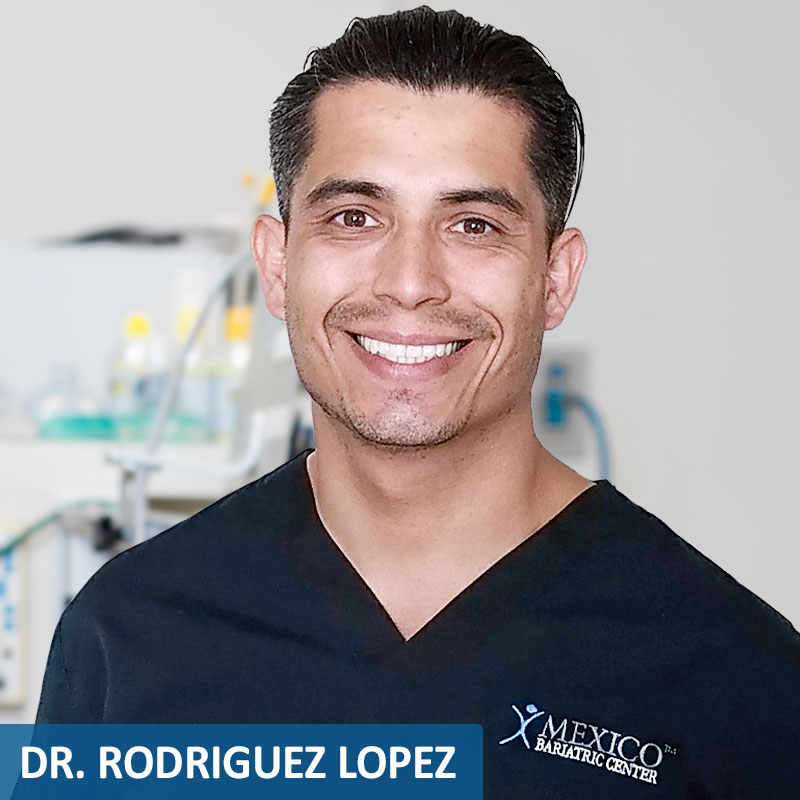 How I Shopped for Weight Loss Surgery in Mexico.

ft
in
lbs
Switch to Metric
CM
KG
Switch to Standard
Your BMI is 39.2
Calculate your BMI Reset

Is Duodenal  Switch Right For Me?

Duodenal Switch is a great option for morbidly obese patients and patients with previous failed surgery like sleeve or band.

Because of it’s high expected weight loss, patients will need to meet these requirements:

How Does Duodenal Switch Work?

In Duodenal Switch surgery, short for Biliopancreatic Diversion with Duodenal Switch (BPD/DS), the stomach size is reduced while the small intestines are “re-routed” or “switched.”

1. Restrictive Component – Initially, about 70% of the stomach is removed by vertical division at the larger curvature of the stomach reducing gastric capacity and acid production. This restrictive portion of the duodenal switch creates a new “sleeve-stomach” almost identical to gastric sleeve surgery.

Removing a large part of the fundus (top portion of the stomach) reduces the level of an appetite-stimulating hormone (hunger hormones – ghrelin) and changes the hormonal balance in the GI tract.

The rerouting of the intestine reduces the time for food to be digested which results in fewer calories and fat being absorbed into the body. This malabsorptive component is similar to RNY gastric bypass and mini gastric bypass. 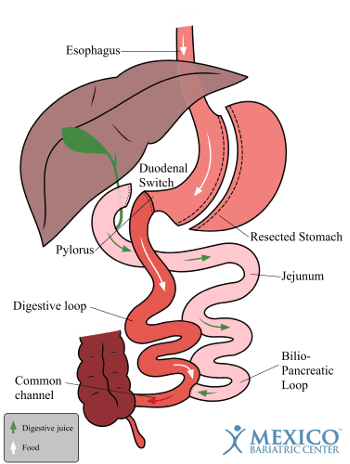 How Much Weight Could I Lose with Duodenal Switch?

Another significant benefit of the Duodenal Switch procedure is the preservation of the pyloric valve – leaving the bile and pancreatic fluid intact. This prevents marginal ulcers and dumping syndrome experienced by patients with Roux-en-Y gastric bypass.

Cost of Duodenal Switch in Mexico

The duodenal switch surgery is the most expensive procedure compared to the gastric sleeve and gastric bypass. It is a more complicated bariatric operation, and only a small percentage of surgeons can perform this procedure.

Self-pay U.S. patients can expect to pay $24,000 to $32,500. The cost of duodenal switch surgery in Tijuana, Mexico will be considerably less than the U.S. and Canadian counterparts. Most patients will pay typically 1/3 the expense in the United States.

Mexico Bariatric Center offers duodenal switch surgery starting at $6,995. Please contact our staff today to find out our exact price for duodenal switch. We have helped hundreds to get on the loser’s bench and change their lives forever. See why you should contact us first!

Besides being one of the most effective weight loss procedures, another significant benefit of duodenal switch surgery is that it has high rates to improve or cure the most severe obesity-related health problems. Some of these comorbidities include type 2 diabetes, stroke, high blood pressure, heart disease, sleep apnea, depression, and many more.[3]

The Duodenal Switch BPD DS / SADI-s procedures take over 3 hours from start to finish. The operation time depends on the patient’s BMI, pre-op diet, and the surgeon’s skills as well as experience.

Patients’ healing is rather fast, and patients can return to work after two to four weeks following the surgery in Mexico. Mexico Bariatric Center keeps the patients 3 nights in the hospital for safer recovery. 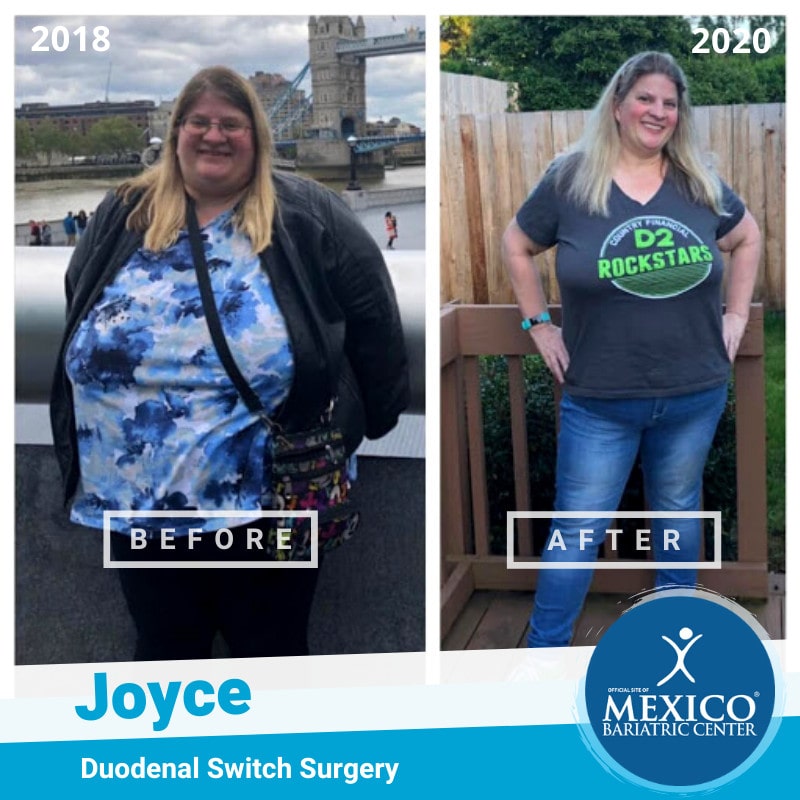 Side Effects, Complications, and Risks

Due to the intestinal re-routing, stools tend to be stronger smelling as in the case of gastric bypass. The stool gets loose if the patient consumes too much fat. Consuming too many carbohydrates, fiber, and carbonated drinks may worsen the flatulence.

How Is Duodenal Switch Performed?

These are the specific steps the surgeons use to ensure the highest level of safety and results for patients. After the patient is placed on the surgical table with the face-up and the arms spread apart,

In Single Anastomosis DS, there is only one surgical connection between the stomach and the small intestines, as opposed to two in the classical DS. This new procedure is showing promising results.

+ The total length of the small intestines varies from patient to patient, averaging about 6 meters, or 20 feet long.

Duodenal Switch surgery can be performed open or laparoscopically. In open (traditional) duodenal switch, a long incision is made in the abdomen area. Open bariatric procedures are no longer performed by surgeons in the U.S. and Mexico.

Laparoscopic surgery is a modern surgical technique that helps faster healing, less trauma to the body and fewer complications. In the laparoscopic duodenal switch procedure, also called Minimally Invasive Surgery (MIS), five small incisions are made in the abdomen. 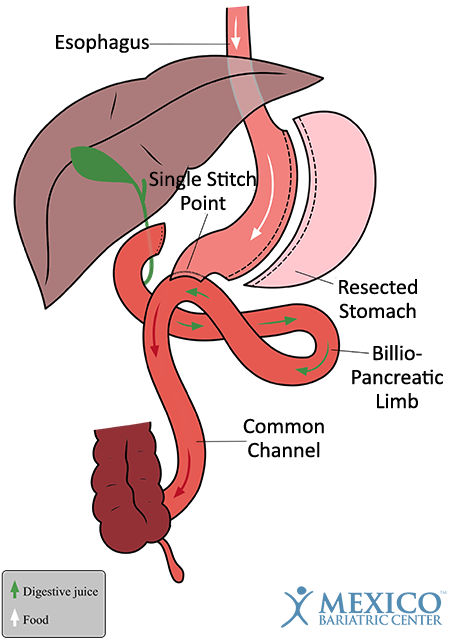 * Prices are subject to change. Not valid on blackout dates. Prices depend on the surgeon, surgery, additional fees, and schedule. Prices may rise because of the BMI levels and previous abdominal surgeries.

** All of the testimonials are covered in our disclaimers. Individuals’ results may vary. There is no guarantee made by statements on this website.

The rapidly spreading Coronavirus disease (COVID-19) outbreak has been declared a pandemic by the World Health Organization (WHO). As the virus advances to all countries and the number of cases & deaths climb, the governments worldwide are fighting to curb the growth of this infectious disease.

Mexico Bariatric Center® is proactive in reducing the risk of patients’ exposure to the Coronavirus. These measures include;