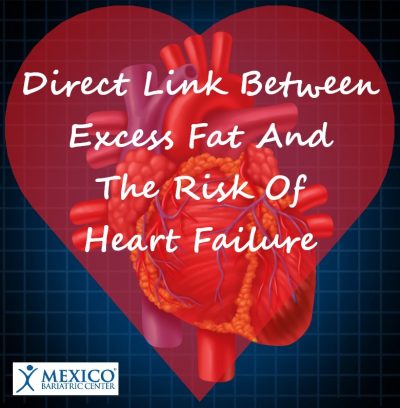 A new study from the University of Gothenburg found that bariatric surgery significantly reduces the chance of developing heart failure in roughly half of all the patients studied.* The report was explained during the annual congress of the European Society of Cardiology. Their findings show a direct link between excess fat and the risk of heart failure.

The study, the SOS (Swedish Obese Subjects) has become a major player regarding the growing popularity of weight loss surgery. This is not just because of the chance of significant weight loss, but also because it lowers patients’ risks of serious chronic and life-threatening diseases.

The study reports an 87% reduction in Type II Diabetes by the patients studied versus obese individuals who didn’t have weight loss surgery. It also reduced the risk of stroke or myocardial infarction by one-third during a median period of 14.7 years of follow-up. It also resulted in nearly 42% decrease in cancer in the women studied.

Researchers studied nearly 2,010 obese subjects who had bariatric surgery from 1987-2001 all aged 37-60 years old. 68% of the patients had vertical band gastroplasty, 19% gastric banding, and 13% gastric bypass surgery. The researchers studied 18 different variables during the experiment. This study is still being conducted at nearly 25 different surgical departments and 480 primary care clinics in Sweden. The follow-up process is ongoing to examine any changes that may occur that are different than recent results found.

Ultimately, the Body Mass Index (BMI) is associated with a greater chance of developing heart failure. While researchers aren’t clear on why this is, they do believe it is a result of many factors, not just one. Obesity makes the heart work harder and can lead to diastolic dysfunction and hypertrophy in the left or right ventricles. According to Dr. Karason, the primary doctor in charge of the study, obesity also can lead to a greater cardiovascular risk factor and an increased risk of atrial fibrillation. 91 weight loss surgery patients and nearly 152 patients studied who did not have studied were diagnosed with heart failure, this occurs in 3.1 cases for those who had surgery versus 5.2 cases for those that didn’t. The study reports that there was a 48% reduction in the risk of onset heart failure for those that endured weight loss surgery. According to Karason, there have been no studies similar to this one on obese patients with heart failure (both those who had weight loss surgery and those who didn’t).

According to the Mayo Clinics, nearly one-third of all heart failure patients are in fact obese. Their research team reviewed 13 patients (aged 44-64) who had bariatric surgery and six heart failure patients (52-72 years old) who did not have surgery. Their study reports that those that endured bariatric operation kept more weight loss in the long term (BMI of 37) compared to 45 for those who didn’t have surgery. All had an average BMI of 53 before surgery. Not only does weight loss help reduce the risk of heart failure, but it also improves diabetes, high blood pressure, high cholesterol, and other cardiovascular diseases that can be life-threatening for patients.