Fruits and Vegetable Diet May Reduce Risk of Death

A diet filled with fresh produce is not only good for your overall health but your future health. An extensive study published in the Journal of Epidemiology and Community Health suggests that eating large helpings and servings of fruits and vegetables daily may substantially cut a person’s risk of death.

Centers for Disease Control and Prevention (CDC) advises incorporating vegetables and fruits into a person’s healthy dietary pattern. The CDC’s recommended doses depend on sex and age.

The University College London (UCL) analyzed the eating habits of over 65,000 people in England from 2001 to 2013. They found that those who had seven or more portions of fruits or vegetables each day had a 42% lower risk of dying than those who had less than one portion each day. The fatality risk was reduced by 36% with five to seven portions, 29% with three to five portions, and 14% with one to three portions of daily fruits and vegetables.

How Fruits and Vegetables can improve your Health 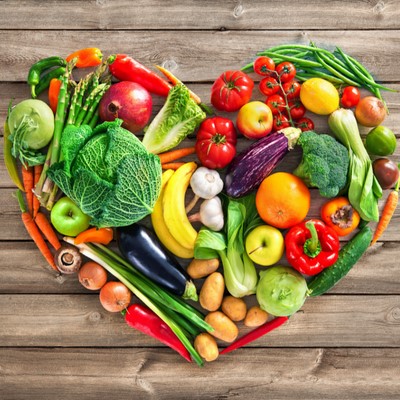 The study, however, did not prove that consuming a lot of fruits and vegetables can cut one’s risk of all-cause mortality, just that there is an association between daily fresh produce intake and lower death risk.

The researchers said their findings suggested that a diet containing seven or more portions of fruits and vegetables each day reduced a person’s likelihood of dying from heart disease by over 31% and the probability of dying from cancer by 25%.

Related: How Does Sugar Affect the Body?

The study’s author, Oyinlola Oyebode of the Department of Epidemiology and Public Health at the University College London, believes that the effect of fruit and vegetable ingestion is staggering. She comments that it is interesting to find that vegetables have much more impact than fresh fruit. It’s important to note that fruit does still make a real difference.

The study also found no significant health benefit from fruit juice. Canned or frozen fruit did boost death risk by 17% per portion, but Oyebode believes this is because canned fruit contains high sugar levels and is packed in syrup rather than natural fruit juice.