How Hard is it to get Approved for Weight Loss Surgery?

Many Americans are critically overweight and suffer from other medical conditions as a result of their obesity or morbid obesity status.

In 2013, nearly 160,000 patients in the U.S. had bariatric surgery which was about the same number in 2004. According to the American Society for Metabolic and Bariatric Surgery (ASMBS), that is only about 1% of 18 million adults who qualify for the surgery.

How to get Weight Loss Surgery Covered by Insurance

Surgeons believe that the low surgery number is not only caused by economic difficulties but also the social stigma against undergoing weight loss surgery. However, many feel that insurance coverage is the biggest reason. According to AP, two-thirds of all health plans sponsored by employers don’t cover the costs of weight loss surgery.

Insurance companies that do cover bariatric surgery require special diets and psychological evaluation prior to having a procedure scheduled and included. Only 24 states require insurers to cover weight loss surgery. When this system is involved, most plans require that the patient pay up to 50% out of pocket, which can be tens of thousands of dollars alone.

Ultimately, insurers believe that bariatric surgery should only be administered to those as a last resort. However, new guidelines from the American Heart Association, Obesity Society, and the American College of Cardiology in November 2013 call for doctors to address obesity head-on and to calculate a patient’s body mass index (BMI) yearly.

“All major surgeries are risky. This one is life-altering, and if there is an approach that’s less invasive and less dangerous for the patient, you want to try that one first,” says, Susan Pisano, a spokeswoman for America’s Health Insurance Plans, an insurance industry trade group.

Roughly one-third of all American adults are obese – defined as a BMI of more than 30. Weight loss surgery is recommended for those with body mass index readings of over 40 and over 35 for those with risk factors for:

According to the study, only 25% of employers covered weight loss surgery in states where obesity is the highest, such as Mississippi and Arkansas. Following federal guidelines for bariatric surgery, insurance companies only recommend the procedure to carefully select patients who have failed other methods of losing weight for a period of time.

While some patients believe that weight loss surgery is a cost-effective way to treat obesity, others believe that educating kids and teens on healthy eating is more effective. Others talk about the safety of the procedure and believe that it can be a dangerous weight loss option.

Ultimately for those that take medications to control conditions that are affected by weight issues, bariatric surgery is a must. 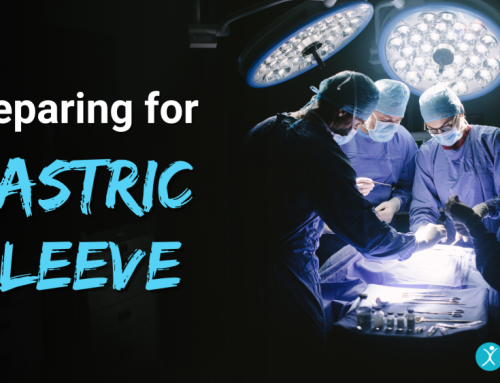 How to Prepare for Gastric Sleeve Surgery

How to Prepare for Gastric Sleeve Surgery