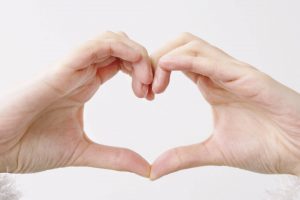 According to the study, weight loss surgery especially gastric banding can dramatically lower a person’s rate of heart attack or death among those obese. Researchers in the United Kingdom found that obese people at a high risk for heart disease should consider having bariatric surgery to lose weight. The study’s researchers found that their study was the first comprehensive review of weight loss surgery on stroke, death and heart disease.

The study’s senior author, Dr. Yoon Loke of the University of East Anglia, found that the outcomes of patients who had weight loss surgery and those who did not hhavea staggering difference. The risk of heart attack and stroke was reduced by almost 50% in some patients after enduring a weight loss surgical procedure. Weight loss surgery also was shown to reduce a pre-diabetic patient of developing Type II Diabetes.

The study’s researchers looked 14 previous studies that involved nearly 29,000 patients who had bariatric surgery. The average age of these patients was 48 and 30% were men. The participants were followed from 2 to 14 years.

They also found a nearly 40% reduction in death rates among patients who had surgery compared to those that didn’t. Obesity is directly associated with heart disease, Type II Diabetes and some cancers, so finding a connection or ways to lower cardiovascular risk is important.

The study’s researchers did note that a more high-quality and larger study needs to be done on the benefits of weight loss surgery. The study was published March 28, 2014, in the International Journal of Cardiology.

Doctors typically recommend a healthy diet and exercise for individuals to lose weight. However, this study shows how a more direct and efficient form of weight loss such as bariatric surgery may have a better overall health impact for patients.

It’s important to note that bariatric surgery does have a risk of complication (while rather small at just 2%) of blood clots, infections, and hernias. Also, depending on the type of bariatric surgery chosen, a person may run the risk of gaining weight back after a certain period or when the healing or adjustment period ends.

The study’s researchers and the medical community believe that with the proper follow-up that weight loss surgery is a powerful and impactful way to treat obesity.

Another study also suggests that weight-loss surgery may be beneficial for your heart health.

A new study in the Journal of the American Medical Association followed 4,000 obese Swedish people who’ve undergone bariatric surgery. Between 1987 and 2001, the study found decreased number of cardiovascular deaths and lower incidence of cardiovascular events in obese adults.

This study isn’t alarming as there have been numerous reports highlighting the various health and psychological benefits of extreme weight loss. Currently, type 2 diabetes, high cholesterol, hypertension and another disease, are said to be substantially minimized after bariatric surgery.

When the researchers took into account the initial health differences between people who did and did not get surgery, they found that after the surgery, patients were about 30 percent less likely to have a first-time heart attack or stroke than non-surgery patients, and half as likely to die from one.

Although the study is promising, it doesn’t prove that that undergoing weight loss surgery will be beneficial to your cardiovascular health. That being said, it is pretty much confirmed by many bariatric surgeons and physicians that weight loss surgery does, without uncertainty, increase one’s lifespan.

We didn’t have access to see the study, but it would have been interesting to see what kind of exercise and dieting both groups did the study. If there was an exercise component, a required component by almost all professionals today, did that have the biggest impact on this study’s findings?