It’s no secret that obesity is a worldwide problem, with the percentage doubling in the last 25 years in the United States, Australia, and the United Kingdom. In a study published in the British Medical Journal, more than two-thirds of Americans are overweight or obese. Researchers also noted that many European countries are just as close to that level, with nearly 40-50% of their populations having elevated weight. See most obese countries in the world.

Obesity is a dangerous health condition as it increases the risk of:

Only few patients with higher BMIs successfully achieve ideal body weight by eating less and working out. Unlike diet and exercise, weight loss surgery is the most effective and long-term treatment for morbid obesity.

Bariatric Surgery vs. Diet and Exercise 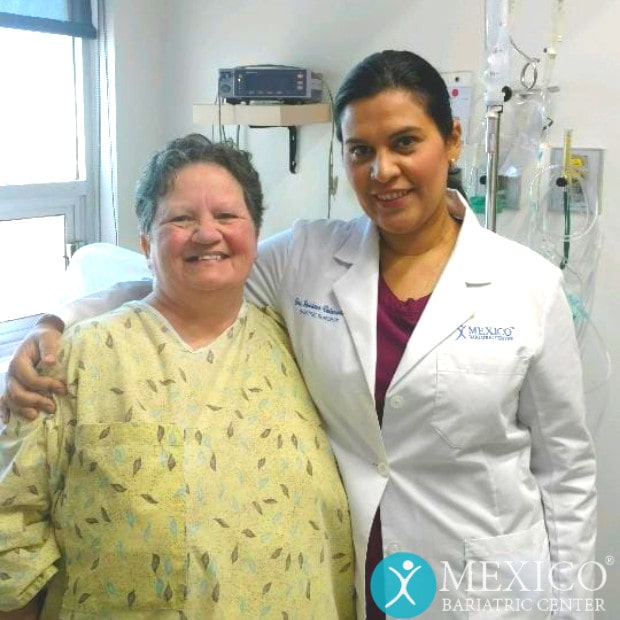 According to the study, weight loss surgery was determined to be more efficient than just diet, exercise, and behavior modifications alone. The study’s author Viktoria Gloy noted that bariatric surgery patients lost nearly 57 pounds more and had higher rates of recovery from both metabolic syndromes* and Type II Diabetes than individuals who avoided the surgery.

The two years of research revealed that surgery patients had an increased quality of life as well as a lower chance of taking medication than those who just dieted and exercised. The researchers also examined the different treatments patients used to slim down and found that 11 weight loss surgeries resulted in greater weight loss.

Not only did bariatric patients lose more body fat but also had a higher rate of remission for Type II Diabetes, nearly 22 times higher than the group that didn’t have bariatric surgery. According to their analysis, metabolic syndrome rates also dropped significantly for patients who endured weight loss surgery.

Triglycerides fell, and good cholesterol levels increased more in weight loss surgery patients, but there were no real significant differences in blood pressure levels. While the research presented is comprehensive, Gloy and the scientists understand that further analysis is needed to fully understand the connection.

* Metabolic syndrome is understood as a group of symptoms that can increase a patient’s risk for the onset of diabetes or heart disease.

Bariatric surgery has remarkable outcomes because shrinking the stomach and rerouting the intestines reset the body’s metabolic system. Patients who don’t respond to low-calorie diets and physical activity can opt in for bariatric procedures, like a gastric sleeve or gastric bypass. The researchers, however, understand that with any surgery comes risk and the most common complications were the need for re-operation or iron deficiency anemia. The operation is also obviously more expensive than a regular diet and exercise routine, like the Shark Tank diet. According to the U.S. National Institute of Diabetes and Digestive and Kidney Diseases, weight-loss surgery averages as much as $25,000.

The surgical treatment is recommended for patients with a body mass index (BMI) above 35 or over 30, especially if they have medical conditions related to obesity, such as diabetes and high blood pressure. Others with high BMI who are still overweight and unable to control their diabetes with medication can qualify for the operation.

Mexico Bariatric Center® offers individuals who are uninsured or underinsured the chance to go through the life-changing bariatrics in Mexico. See if you qualify!

If you plan to undergo bariatric surgery, remember that diet and exercise are still essential for the success of long-term weight loss. Weight loss surgery is an effective tool to trim down, but you can’t do it without diet and exercise. If you don’t follow the proper post-op diet or exercise program, you might regain the weight. Revision surgery is possible, but you will most likely have similar results.