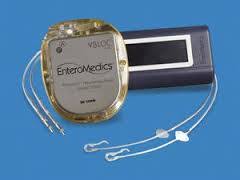 The U.S. Food and Administration (FDA) approved a new weight-loss device called a *vBloc® Neurometabolic Therapy, vagal blocking therapy. The vagal blocking device, developed by EnteroMedicals, generates an electrical pulse in the vagus nerve, which is believed to block communication between both the brain and the stomach, the company reports. This pacemaker-like device is implanted beneath the skin during a minimally invasive procedure that takes about 60 to 90 minutes. The electrodes are placed on the vagus nerve (anterior and posterior of intra-abdominal vagal trunk) right above the stomach.

The vbloc device controls sensations of hunger and helps tell the brain that the stomach is full or empty. Patients are empowered to eat less, make healthier choices and lose weight without the lifestyle implications of traditional weight loss surgeries. There is also no alteration to the natural anatomy of the gastrointestinal tract. The company claims that patients lose an average of 20% of their excess weight. 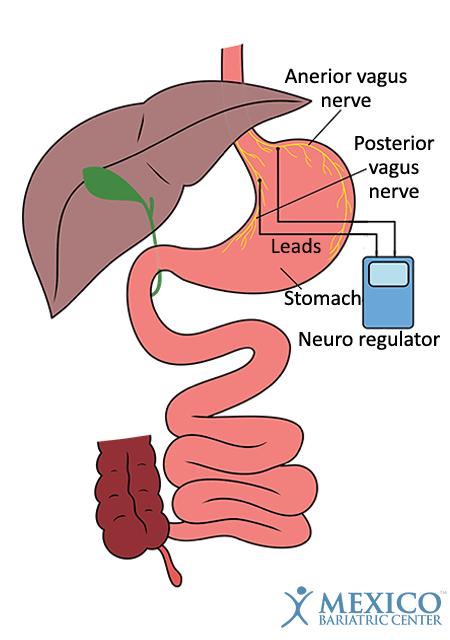 This new weight loss option is:

According to psychologist *Jamie Bodenlos at Hobart and William Smith Colleges, a lot of interest has been shown in the vagus nerve as the avenue to promote weight loss. This is because the nerve is close to the stomach and the control of this nerve has resulted in weight loss as well as decreased amount of eating.

However, working with this vagus nerve is nothing new. The FDA has approved the use of vagus nerve stimulation to treat epilepsy as well as chronic or recurrent depression that doesn’t respond to other types of treatments. The procedure also is used with gastroparesis patients whose stomachs don’t empty fully.

It’s important to note that this therapy is not the first solution for these disorders as it won’t be for obesity either. The device is only approved for patients 18 years of age and old who have tried a weight loss program and have failed. These patients must also have a body mass index (BMI) between 35 and 45 and have a comorbidity related to their obesity such as Type 2 Diabetes, high blood press, high cholesterol or obstructive sleep apnea.

Ultimately the system uses three implanted devices. The first is a pulse generator that sends electrical impulses, which is placed in the upper chest as well as two lead wires that are placed on the vagus nerve itself in the abdominal cavity. The signals are modified by a controlled. 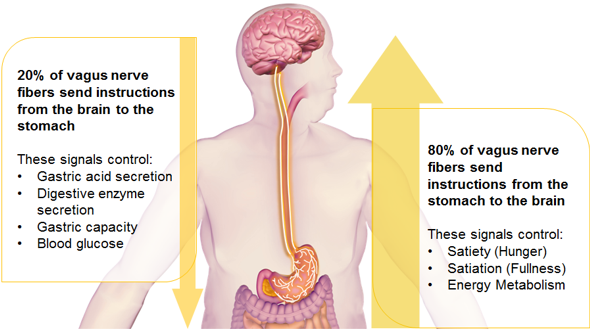 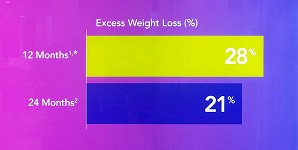 The clinical trial was published in the Journal of the American Medical Association in September 2014. In their study of 233 patients in both Australia and the United States, after 12 months, the group using an active device lost about 24% of their excess weight or 9% of their total body weight. Those with placebo devices lost about 16% of excess weight or 6% of their body weight. Medical professionals feel that the placebo patients lost so much because they were just as dedicated to the reduced-calorie diet and increased activity levels as those with an active device. Overall, the VBlOC system shows promising results for obesity, type 2 diabetes and cardiovascular disease.

The FDA itself hasn’t approved an obesity device since September 2007 when the Realize gastric band was recommended for surgery. They have ordered EnteroMedics to follow at least 100 patients over the next five years to collect safety and effectiveness information as well as side effects with the device itself. The company also says they are working on getting insurance coverage for the instrument, which can cost anywhere from $10,000-$30,000.