According to obesity statistics gathered over the years, obesity has continued to spread across the globe, and the issue is only getting worse.

There is a multitude of contributing factors that can lead to one being obese such as genetic background, poor diet, lack of physical activity, exposure to chemicals, as well as an assortment of others. Obesity is, in fact, such a complex issue that it can take a considerable amount of time and effort to help someone to lose the excess body fat for good. There can be a deep level of psychological digging to be done to really get down to the core of why somebody is prone to the lifestyle that can lead to obesity.

Is Obesity a Disease? 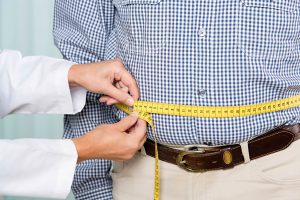 Now, this is a complicated topic which has layers of reasoning to be considered. To cover this question let’s first look at the definition of disease.

There are still, however, some medical professionals who would argue that it is not a disease and more a lack of education and self-control. With the processed foods, long work hours with little physical activity, and fast-food chains that there are out in the world, it is reasonable to side with the idea. In fact, some would say that solutions such as bariatric surgery are a means of evolving to adapt to the environment that modern day society provides. A truck driver who works long grueling hours that involves sitting and little access to healthy foods can take their toll.

So there are in fact both internal (psychological, health,  and genetic) related causes alongside external (food options, work environment, and mobility) related reasons. 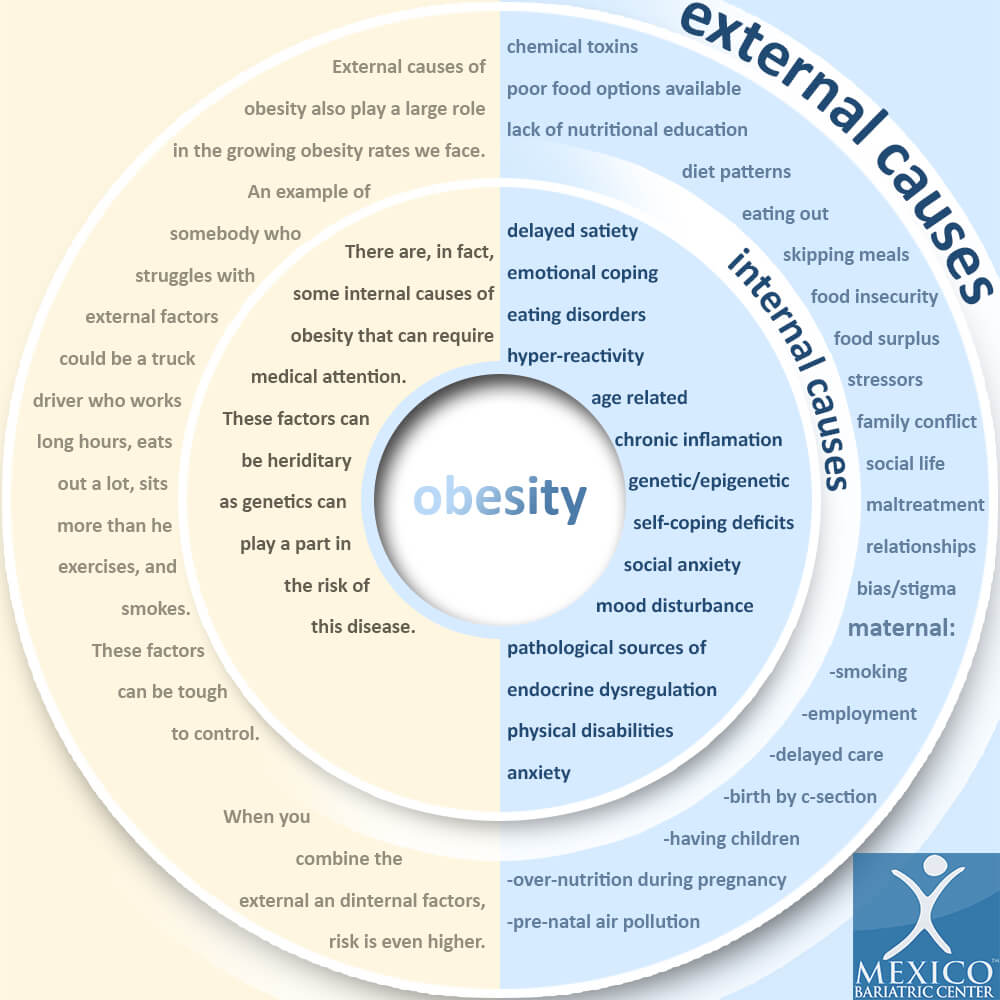 Why Trying Diets May Cause or Only Temporarily Fight Obesity 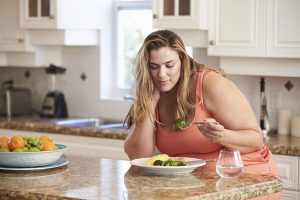 Many people try to do different diets to lose excess weight which involves cutting back on calories. They may try a no carbohydrates diet, only eating soup for a week, diet pills, and so on. The issue with this is that when one cuts back calories too drastically or does not eat the appropriate balance of macros, they put their body at risk. When you deprive yourself of too many calories, it is, in fact, damaging to your body and can cause it to both store fat and burn off muscle mass. Then the weight can come right back when you bump your calories back up with an even higher fat percentage.

This is where the argument about obesity being a disease or a case of poor self-control can come into play. However, as stated above, there can be genetic and psychological
causes that lead to the failed diets and what people call yo-yo dieting.

Choosing One of the Most Effective Weight Loss Tools

Choosing to have bariatric surgery sets you up for success for long-term weight loss. Weight loss surgery helps you avoid many of the pitfalls of choosing just to “diet.” One of the biggest struggles with dieting is relying on your willpower. You are constantly “trying” not to eat hoping you will say no. This lack of consistency is what creates the yo-yo dieting. You are struggling to say no to certain foods as well as amounts of foods. With bariatric surgery, you do not have these struggles. You will have a small pouch to create fullness quickly to assist you in getting that sense of satisfaction you want with a small amount of food. Bariatric surgery will also help you with the types of foods you choose. Overindulging in processed sweets or saturated fats can cause you to get sick. No one wants to be sick, so it helps you create healthy boundaries with foods. With weight loss surgery, it helps you create the boundaries you were not able to create in the past.

When choosing a bariatric center, it is important to choose a center that has a nutritionist on their team. As mentioned above with many low-calorie diets when your caloric intake is extremely low this can drastically slow down your metabolism as well as slow down your weight loss.  When you can not maintain the low-calorie diet you put yourself on; you gain the weight back and more. The bariatric meal plan with a higher good fat content was created to help avoid this. It is important to follow the bariatric plan so that your caloric intake is not so small you end up decreasing your metabolism. When guidelines are followed; weight loss surgery does set you up for long-term weight loss and healthy weight maintenance.

The Risks Of Being Obese

The reason that obesity is a major health issue to avoid or overcome is that it leads to some of the leading causes of early death. In fact, according to the National Institutes of Health, obesity and overweight together are the second leading cause of preventable death in the United States. (Click the text to view the source of this information)

Being overweight or obese can cause serious health issues such as heart disease, diabetes, cancer, and much more. Some consider obesity to be a form of drowning whereas you are in fact drowning in fat, causing serious harm to your internal organs. It’s like being trapped in a toxic environment that you can’t escape as it eats away at your health. 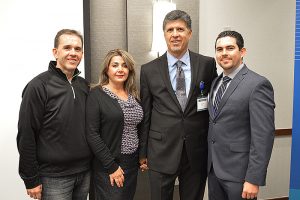 Bariatric surgery options such as a gastric sleeve (VSG), gastric bypass, duodenal switch, gastric banding and the gastric balloon are helpful in serving as a weight loss tool.

But even after undergoing bariatric surgery, it is important that an individual adheres to healthy dietary and lifestyle habits. Many who undergo bariatric surgery in Tijuana, Mexico with our company state after the fact that they still see that overweight person in the mirror after they lose weight. To them, there is still a mental battle that they must face as they fight for their health and well-be. One example of this is former patient Paul, who underwent surgery in January of 2016. (You can view his story here) or clicking the photo.