Why Do Women Have More Bariatric Surgery Than Men? 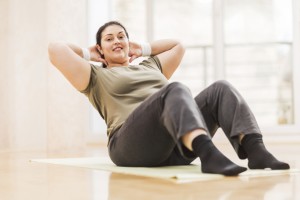 Another possible cause, or an additional cause, is that women may be more dissatisfied with their body and body image. Promoting a quicker and more proactive response to their obesity. In fact, “men tend to wait until they get older… before considering the option,” showing women may be the only ones who are actively searching for alternative options to reducing their obesity.

“The results of this study should raise awareness in men about the complications that obesity brings to their health,” senior study author Dr. Santiago Horgan, chief of the division of minimally invasive surgery at the University of California, San Diego, said in a university news release.

The study was published in Journal of Laparoendoscopic & Advanced Surgical Techniques.

This study on men and women getting weight-loss surgery was published in the Surgical Endoscopy journal. It looked at a total of 1,400 patents of men and women who had weight loss surgery at UC Davis between the years 2002 and 2006. The recent statistics showed that 82 percent of the patients in this study were women, but that’s not all it showed.

Through this study, researchers found that men had more of the expected health problems that come from obesity, such as type 2 diabetes, high blood pressure, high cholesterol, sleep apnea, metabolic syndrome, or a higher risk of heart disease. For example, 72 percent of the men in the study struggled with sleep apnea, while only 46 percent of women had it. The numbers for the risk of heart disease were closer between genders, at 21 percent of males to 15 percent of women. It was also found that men on average had a higher body mass index (BMI) averaging at 49, where the average for women was 47. As a resource, a BMI over 40 is severely obese.

Some other noticeable differences between genders are that the ages of men seemed to be slightly older when they were willing to get weight loss surgery, about two years older. Men were more likely to be over 50, according to this study. Though through the entire study, only 14% of the participants were men.

Because of this latter study, women who were struggling financially were less likely to get surgery, since they could not afford it. Health insurance does not usually cover weight loss surgery and costs typically thousands of dollars for deductibles. However, among patients who did get surgery, significantly more participants were women than men. These statistics don’t necessarily show women need surgery more than men, but they are more willing to go through the surgery to lose weight, whether to improve their appearance or get healthier on physical or emotional levels. It is not that surprising considering women are also much more likely to get plastic surgery or cosmetic surgery.